5 Most Instagrammable Places in Barcelona 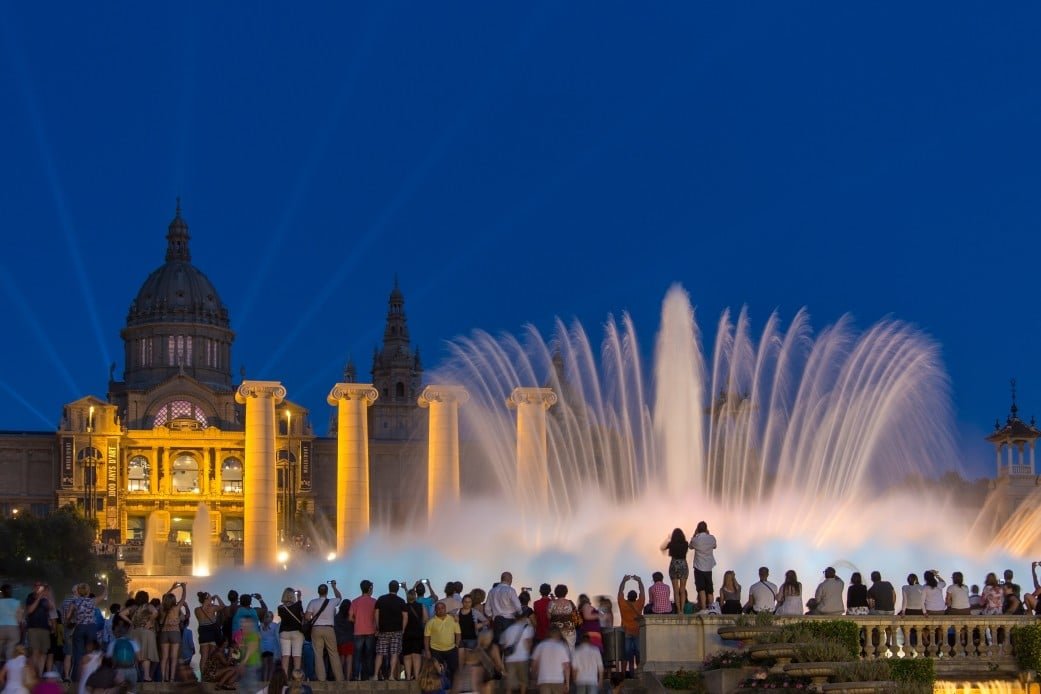 Spain’s second largest city, Barcelona, is known for its tasty gastronomy, unique architecture (many buildings are UNESCO World Heritage Sites) and lively culture. From medieval and charming Gothic Quarter to the sun-soaked golden beaches, the Iberian Peninsula’s most popular tourist destination is an authentic gem for photography lovers.

A lot of the best photography spots in Barcelona are Gaudi’s properties, the architect is an icon that left an incredible mark on the city. In this shortlist you will see places such as charming neighbourhoods, old churches, amusement parks, and the best photo spot in the city (spoiler alert!): beautiful Park Güell.

Located in the area between La Rambla and Via Laietana, right in the heart of the city, the Gothic Quarter is a maze of mysterious and narrow alleyways (most of them are only pedestrian due to their size), full of photography opportunities, from captivating street art to historic old churches and emblematic medieval structure.

Because of its constant modernization, you can see ancient buildings right next to others built in the 90s. That combination of old and new brings people from different parts of the world to photograph the streets of the Gothic Quarter.

If you are considering studying Spanish abroad, you should consider a spanish language school in barcelona. You will experience cultural immersion, having the opportunity to speak the language with other students and native speakers.

Still under construction (for almost 150 years after the architect’s death), Sagrada Familia is an iconic location to photograph, both inside and out. It will give you goosebumps the first time you see it. Gaudi’s masterpiece is a giant cathedral different from the ones you have probably seen until now.

The church is a hybrid of late Spanish Gothic and Art Nouveau, but because it has been under construction for many years, there are other modern design influences that have infiltrated into its ornamental windows, sculpture and carvings.

You should plan your visit to avoid big crowds (you can purchase the tickets in advance). The best time to fire off some photos is either at sunrise or at sunset, when there will be far fewer people.

Tibidabo mountain is the highest spot in Barcelona, and a wonderful place to take photos and take a break from the crowded city. From there it is possible to view the main city in panorama.

If you are planning on going to Tibidabo, take into account that it takes some time to get to it from the city center, and that it is closed during winter. Actually, since the schedule is somewhat irregular, check the park’s website before you visit it, to make sure it’s open.

This is one of the most instagrammable places in Barcelona. The main facilities that held the Olympic games back in 1992, regained the importance that it has always had.

There are many places to visit in Montjuic, such as museums, parks and monuments with breathtaking views across the city. One of them is the Magic Fountain, a huge fountain that runs a spectacular sound and light show every day, perfect for photo shoots with it as the foreground (visitors often make an evening of it!).

Enter the Montjuic Fountain’s official website and check out the times for the show and water choreographies to plan your visit in advance. It is definitely worth photographing during your time in Barcelona. Even locals take time to go to see it when they are in the area.

This is the most colorful place in Barcelona. The park (still unfinished) was built by Antoni Gaudí and directed by Eusebio Güell, between 1900 and 1914.

The park has 3 km of streets and paths, a square and a pavilion, with beautiful gardens and iconic colorful mosaic tiled structures. From the central location of the park is a large terrace that offers an amazing panoramic view of Barcelona, where you can see many of the city’s landmarks, such as the huge and majestic Sagrada Familia or the Barceloneta beach.

Keep in mind that Park Güell gets extremely crowded during the day. If you want to capture the best shots before it gets too busy, try to book in advance the earliest time slots (for the inner part of the park where you need to purchase tickets online). Visiting Park Güell early in the morning will also keep you away from the sweltering temperatures of midday.