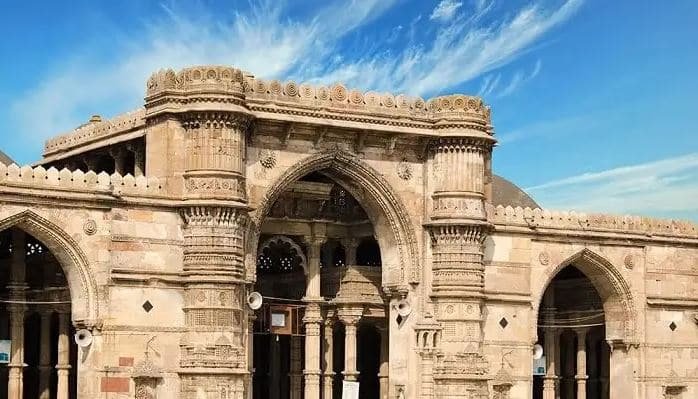 The bustling city of Ahmedabad is all about the rich culture, unique festivals, scrumptious food, delightful people, and a glorious past. The glorious city is more than just Sabarmati Ashram and Kankaria Lake. It boasts marvelous mosques, stunning architecture, patriotic monuments, lush gardens, and temples. The number of tourist attractions here makes it incredible for the tourists to visit this city at least once in their lifetime. Book your domestic air tickets to Ahmedabad and explore the wonders of this fun city now with your loved ones.

The founder of Ahmedabad, Sultan Ahmad Shah, built the Bhadra Fort in 1411. Among the popular tourist attractions, this fort holds several legends within its walls. It is said that Goddess Lakshmi once entered this fort and showered her blessings on the Muslim Sultan that his city will always be blessed with wealth. The magnificent fort also houses a temple known as Bhadra Kali Temple, a grand courtyard with lush lawns and numerous palaces.

Operational hours: 9 am to 5 pm

Jama Masjid is another architectural wonder and top tourist attraction in Ahmedabad built by Sultan Ahmed Shah. Sultan created this religious edifice in 1423 so that Muslims of the city could get a place to gather and offer their Friday prayers. Situated right next to Bhadra Fort, Jama Masjid matches its grandeur with yellow sandstone and two hundred and sixty pillars carved intricately. The architecture of this amazing mosque displays an amalgamation of Islamic and Hindu architectural styles. It is believed that the yellow sandstone used in the mosque was a part of Hindu and Jain temples.

Operational hours: 6 am to 8 pm

Rani no Hajiro, meaning Queen’s Tomb in Gujarati, houses the graves of the queen consorts of Ahmed Shah. Situated away from the hustle and bustle of the city, several tourists flock here to experience the calm. Unlike other tombs, the graves here are not placed in a closed hall but in an open courtyard. These mausoleums are intricately carved and display a fine interposing of pearls, and their carvings boast an influence of Jain, Hindu and Islamic aesthetics.

Operational hours: 6 am to 6 pm

The largest water body in Ahmedabad, Kankaria Lake, is an enchanting tourist attraction in the city. Built by Sultans Muhammad Shah and Ahmed Shah II in the 15th century, the lake had an in-built water purification system as it was the bathing area of several rulers of that time. If you are travelling with family, you should visit the entertainment zone which has been developed on the lakeside and has a zoo, kids’ city, a water park with fun rides, toy trains and food stalls. You can enjoy a picnic with your loved ones here or take a stroll along the lakefront. When hungry, gorge on authentic Gujarati food at the garden-themed Nagina Wadi.

Besides these attractive places, you can also visit Vastrapur Lake, ISKCON Temple, Sidi Saiyyed Mosque, Calico Museum of Textiles and many more.

Perfect Time to Get Cheap Car Rental Deals in Dubai