Life Lessons You Can Learn From Prophet Elijah 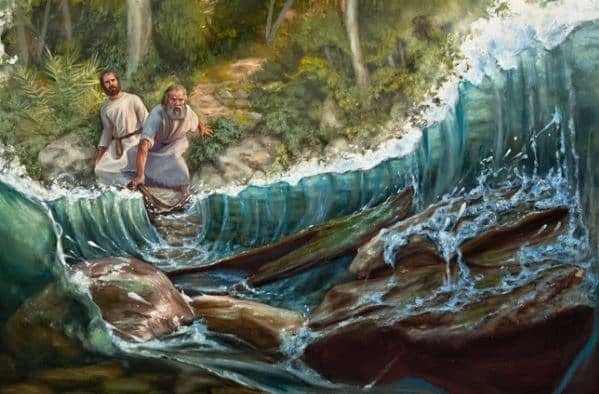 Have you ever been in a situation where everyone is against you? As a Christian, you may feel that more and more people are turning against God. As immorality keeps spreading, it feels like many people are also turning against the Bible’s truth. Elijah also felt the same way. During Prophet Elijah’s time, Israel was being ruled by King Ahab and his wife, Jezebel. The Bible says that King Ahab did more to provoke the Lord to anger than all the kings of Israel who ruled before him. He led the people of Israel to worship pagan gods and turn away from God.

The problems Elijah faced in his days are very similar to the problems you may be facing now. It’s not as much as people have rejected God nowadays, but they have made him a tiny part of their lives. They only worship on Sundays when they go to church. People worship God, but they also worship other things like popularity, success, financial achievement, etc.

Behind Prophet Elijah’s story is a message of God’s undeniable power even during the world’s darkness. Here are lessons we can learn from the story of the prophet Elijah.

Have you ever needed something? Everyone’s been there, but God always comes through and has proven to be more than able to provide. We see the same truth in Prophet Elijah’s life when God caused famine in the land. In the Bible, 1 Kings 17:6 says, “And the ravens brought him meat and bread in the morning and the evening, and he also drank from the brook.”

It is hard to imagine that a raven can be used as a channel of provision. They are usually scavenging birds and are even seen as unclean animals in some traditions. Yet, the Lord used them to provide for Prophet Elijah.

God will always come through for you in the hour of your need, and he will use the most unimaginable channel to provide for you. You can read more about the story of Elijah from https://www.neverthirsty.org/bible-qa/qa-archives/question/eunuchs/.

During the desperate times in Israel, God called Elijah to perform one of the greatest miracles described in the old testament, which demonstrated an actual test of one true God. Elijah challenged King Ahab and Jezebel to gather all the Baal prophets on top of Mount Camel. He even told Ahab to invite everyone on the mountain to witness the one true God.

The challenge was on the mountaintop in front of everyone; they would pray to their gods and ask for fire from the heavens to burn the sacrifices at the altar. The true God would them burn the sacrifice with fire.

As the challenge started, Prophet Elijah addressed the people, calling them to fully commit to the one true God and stop worshipping false gods. He challenged the people to stop being divided between God and the idol Baal. He told the people to get off the fence and follow the one god they believe in, and they shouldn’t waver between two options (1 Kings 18:21.)

So on top of the mountain, the Baal prophets call on their god to burn the sacrifice they had offered him, but nothing happens. They cried out for hours, and still, nothing happened. Then it’s Elijah’s turn to call upon God; Elijah offered up a mighty prayer .it was a simple but powerful prayer. God answered him by sending fire from the heavens, and the people were in awe.

The power of prayer doesn’t reside in the prayer but in God to whom the prayer is addressed. Pray to the one true God, and he will answer your prayers.

God can use you to bless others

One story that stands out during Elijah’s time is when he helped a poor widow from Zarephath who had nothing except some little flour and oil. (1 Kings 17:8-16.) During those times, a widow was among the poorest people, and this one was on the verge of starvation. The widow was just about to prepare what could be her last meal for her and her son.

Elijah understood that sometimes an answer doesn’t come immediately. He knew that he must pray until God answers. Elijah had prayed to God for the drought. And after the land was ravaged by famine, he went before God to pray for rain to quench the land. When he prayed, he got no response. He prayed again and again, and he still got no response. Finally, He prayed seven times and got a response from God.

A small cloud began to form in the distance, and finally, it rained, and the drought was over. Elijah prayed until he found an answer.

How can people tap into God’s power? How can you, an ordinary person just like Elijah, experience the power of God moving in response to your prayers? You must be willing to confess your sins, admit your failures, and weaknesses in being honest and vulnerable with others so that you can find healing. Through prayer, with others, and for others, you can find yourself focusing on God and his faithfulness. Through confession and prayer, you can position yourself to live righteous lives and see the answers to your prayers.

You must pray fervently and earnestly and don’t give up believing that God is willing to answer your prayers.

Top 7 Things to Do Before Your Vacation

Things To Do If You Are Falsely Accused Of A Crime

Let’s Get to Know About the Dossiers Perfumes