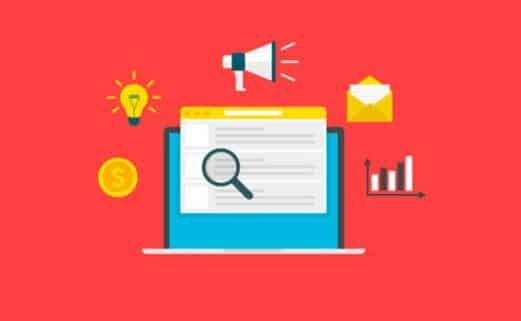 Digital advertising campaigns have emerged as one of the most important marketing strategies for different kinds of businesses in the modern era.

Not only do these campaigns work towards creating a popular product or service awareness, but they also strive to enhance brand value, generate credible leads, and thus, diversify revenue streams.

However, when it comes to the success or failure of a digital ad campaign, a lot hinges on the strength of factors like audience research, data analysis, keyword optimization, outcome tracking, and customer feedback.

Whether you intend to create facebook ad templates for marketing or run a Google Adwords campaign, these factors will ultimately determine how memorable your ad campaign turns out to be.

But, there is another factor which, if not appropriately addressed, can bring about the downfall of your digital ad campaign: Video Editing!

Listed here are seven major video editing sins which can easily ruin the overall reach, impact, and power of your advertisement campaign.

Advertisements are a genuine intermix of both visuals and audio. While most editors tend to focus on composing beautiful frames, in the process, they end up forgetting that poor sound design can spell doom for their project!

So, start by ensuring that the voice in your video is clear and crisp. Reduce the tenor of the background sounds such that they add to the narrator’s voice, instead of swallowing it up.

Attune the music to blend with the rest of the audio. If it doesn’t, do not think twice before toning it down.

Consider that you have created a mesmerizing digital ad campaign. This campaign consists of two separately shot clips, which are meant to be shown together.

Now, the best way to conjoin these clips would be to introduce a transition between them. But the moment you do so, you begin to see a tiny black screen!

This example clearly demonstrates how bad transition sequences can have a detrimental effect on the continuity and consistency of your ad campaign.

Therefore, make sure that your transition is always shorter than your clip to minimize the space between scenes. Use the device of transition as a streamlining medium, not a standalone instrument.

Advertisements are rarely shot in a single go. The process of shooting, editing, and producing the final product is long and complicated.

This is why many editors tend to take a short route and quickly jump from one particular act to the next. While these jump cuts are a good way to collapse ad time, they cause havoc for the campaign’s overall perspective.

By quickly pushing the story forward, jump cuts take away the potential of a prospective ad campaign. As clips begin to appear hasty, the audience starts losing connection with the story. Consequently, both the relatability and the credibility of the campaign suffer.

Although there are places where jump cuts seem to be necessary, it would be wise for editors to explore other, more seamless, and less jarring editing options.

When it comes to graphics, the inconsistencies of their textual elements can often prove to be quite glaring.

For example, consider a situation where you add graphics so that the viewer can better understand the ad’s context. But rather than adding to the ad’s outlook, the graphic ends up blocking or distracting the customer’s view!

So, before you go ahead and add a variety of graphics in different fonts, colors, and sizes, ask yourself this simple question – Is the addition of this graphic absolutely necessary? If it isn’t, just do away with it.

If it is, pick a color palette and contrast mechanism, which enhances the graphic’s presence instead of restricting it.

While shooting for an ad campaign, have you ever accidentally shot some sensitive information? Even though you might not remember it, the answer is yes! And the process is quite normal.

When an advertisement is being shot, you sometimes end up capturing details like someone’s license plate number, telephone number, demographic profile, or even social media passwords.

Without the explicit permission of the concerned person, capturing and displaying such details can bring on a plethora of legal and ethical impediments.

This is why editors need to use the area-specific blur feature so that any such sensitive information can be hidden from public view. Its unauthorized display has the potential to jeopardize your campaign in the long run.

Owing to the small length of a digital ad campaign, you primarily tend to have a minimal amount of time for making your point.

Within this span, you have to convey your message, display your product, and leave an indelible impact on the viewer’s mind. In order to meet all these objectives, composing each frame with beauty and precision is simply a must.

But there are occasions where you mistakenly end up faltering on the frame compositions. For instance, you either leave too much room above the protagonist, or you fail to capture the landscape that you intended to!

In such a situation, make sure that you use the aspect ratio of each frame properly. Take note of empty spaces and get rid of them. Let every one of your frames breathe.

Make sure that the colors, contrasts, lights, and backgrounds of each of your shots match with one another. Inconsistencies can arise when you have used more than one camera for shooting your campaign.

The color match can also turn out to be improper if the lighting during your shoot was variable. So, adjust the white balance of every object on your screen space accordingly.

Ensure that each color appears natural and realistic. Let your frames speak for your product.

Whether you are using a free instagram video editor online or are employing proper editing software, with editing, your ultimate goal should be to provide depth, enhance value, refine edges and thereby, tell a unique story through your ad campaign.

So, what are you waiting for? Correct these simple editing mistakes and create a creative, dynamic, and polished ad campaign now!

Best Practices For Marketing Your Service On Social Media