What Is The Best Device To Play Rocket League? 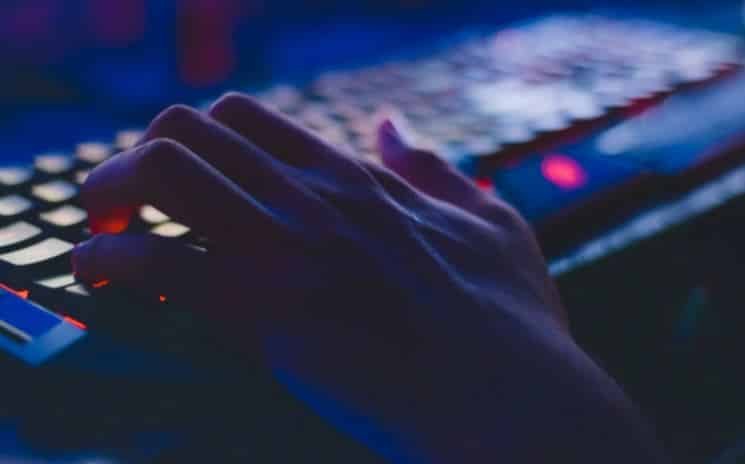 Rocket League is an absurd but deeply profound vehicular football video game. Rocket-powered cars, jet packs, and acrobats, the game has captured the hearts of players since its 2015 release. The game’s developer, Psyonix has continued to support it with new modes and downloadable content (DLC) creating a thrilling experience, whether you’re playing in the competitive scene or casually with your friends. So when it comes to playing Rocket League, what is the best device to use? Is this a game you can enjoy on an Xbox or PlayStation, or do you need the best gaming PC to play Rocket League.

The science of Rocket League

On paper the game seems simple, using rocket-powered cars to score goals against AI-powered or human competitors. But in reality, the game demands strategic and intricate moves relying on every detail, from the angle you hit the ball to the surface you connect the car with affecting the trajectory.

To say the game is intoxicating would be an understatement. Flying through the skies to save goals, racing up walls to capture rogue balls, or jumping over competitions to make last-minute shots, Rocket League is a beautiful partnership of gaming and physics.

After the game’s roaring success, the Rocket League phenomena spread from PC and PlayStation to Xbox and even Nintendo Switch. The best part? The game allows cross-platform play meaning it has become easier than ever to play with your friends or compete online.

There is an age-old debate on which device is the best device to play Rocket League has separated gamers and online communities since its release. A majority of the opinion lands on personal preference yet the consensus states that Xbox and PlayStation are more ideal for casual and amateur players who are learning the fundamentals of the game but running almost constantly at a blistering 120 frames per second (FPS) the experience remains as exhilarating as playing on PC. Playing on a Nintendo Switch offers a casual and on-the-go experience but there are limitations with smaller screen resolution and controls.

So what’s so great about PC? Its versatility. PC allows players the freedom to customize their own gaming experience with new modes and custom maps.

The game is compatible with a keyboard and mouse. This allows the player to personalize their setup and offers a slightly more controlled trajectory for aerial flips and acrobatics.

Gamers also have the option of using a console controller which allows them to have precise control over the ball.  However, an article by Redbull summarizes that these differences between the two are barely noticeable, but did note that the switch from the controller to a keyboard is said to be ‘daunting and confusing’ by the online community.

It is notable that a majority of professional Rocket League gamers use controllers and PC as it allows the perfect marriage of precision and fluidity as PC gives a faster FPS and screen resolution creating a seamless experience. According to theglobalgaming.com, a whopping 78.3% of the player-based use a controller, and 20.49% using keyboard and mouse with the remaining using both.

PC also offers a wider range of chat and streaming channels (Discord, Zoom, and Twitch) to always stay connected to your friends and the game whether you’re competing or just having a friendly match.

Season 3 is set to be announced on April 8th and will be the 17th competitive season since the game’s launch.

You can read all about the current season 2 to catch up with all the latest news and anticipation for the upcoming season.

Can I play Rocket League on mobile?

After creating a stir when Psyonix posted a Rocket League job application for someone with ‘mobile app’ experience, Rocket League finally arrived on IOS/Android! Developers are proud to have avoided issues that usually occur when converting a  PC game to mobile which can jeopardise the quality of audio and visuals. The Rocket League mobile edition brings inclusivity to players who do not own PCs or consoles. It is also cross-platform compatible between IOS and Android so you can play anywhere, anytime.

Rocket League is a fantastically competitive and addictive game that is filled with excitement, rivalry, and physics. The game brings freedom to adapt perfectly to your playing preferences and style. Gaming PCs have won the hearts of players due to the fluidity and high-quality display that compliments the mesmerising colour displays and graphics.