The Top Renewable Energy Assets to Invest in This Year 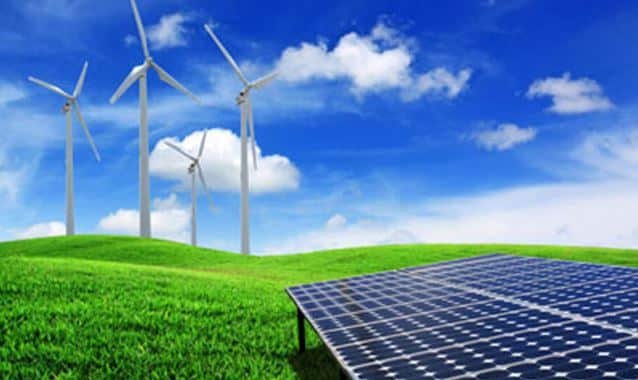 Some believe that renewable energy assets resources represent the future in the UK, but they’re already making their mark on these shores.

In fact, the final quarter of 2019 saw renewable energy sources provide more electricity to UK homes and businesses than fossil fuels for the first-ever time, as its total market share rose more than 40% overall.

So, while fossil fuels are expected to remain prominent until their current resources are depleted in 2060, renewable energies will become increasingly commonplace in the near-term.

But what are the top renewable energy sources in the UK, and how can you invest in this sector in 2021?

The Top Renewable Energy Source in the UK

Overall, the UK market for renewable energy has grown ten-fold since 2004, particularly in Scotland. Here, 90% of all electricity is generated from renewable sources, although England, Wales and Northern Ireland continue to lag behind this impressive figure.

But what renewable sources dominate the current marketplace? Well, the single most dominant energy source is thought to be wind, which contributed 20% of all UK electricity generation as recently as 2019.

This was also the time during which renewable energy assets sources became dominant on these shores, growing to account for 54% of electricity production overall.

While solar power is far less capacious at present, it was this technology that blazed a trail for renewable energy consumption in the UK, and in 2017 it accounted for 3.4% of all electricity production.

So, not only can we clearly see a future where almost all of our electricity is generated by wind, solar and even the waves, but we’re already progressing towards this utopia at a steady and undeniable pace. Wind will definitely continue to lead this charge, particularly through 2021 and in the near-term.

How to Invest in Renewables?

In terms of targeting this lucrative and high-growth marketplace, your best bet may be to access managed funds as part of a balanced energy and infrastructure portfolio.

This offers a number of benefits to both novice and experienced investors, particularly as it offers access to large-scale green infrastructure projects that generate long-term results for stakeholders across the board.

In general terms, this type of portfolio produces consistent, predictable and long-term cash flows for investors, not least because they’re often at least partially linked to the performance of inflation.

If you’d prefer to invest in individual renewable stocks, it’s important to research the marketplace in detail before making an informed choice. One of the standout renewable firms in the current marketplace is Octopus Energy, which started out as a so-called “unicorn” venture in the UK and is currently valued at around $2.1 billion.

The firm enjoyed a huge share price boom towards the end of last year, after striking a huge deal with Tokyo Gas to supply electricity to a large number of residential homes in Japan.

Another viable renewable energy firm is Ecotricity, which is one of the longest-standing and more trusted names in the marketplace.

This company has been in operation since 1996, and provides UK homes and firms with 100% renewable energy and frack-free gas.

This type of option also provides value for those in search of viable, long-term returns, particularly given its history and the market share that it currently possesses.