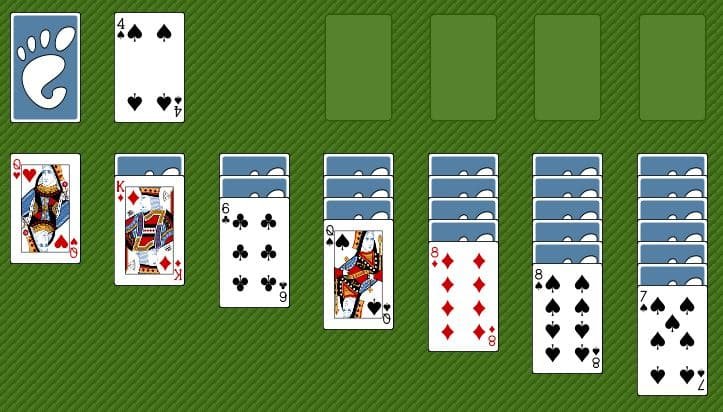 Klondike solitaire, more commonly known as solitaire, is respected as a single-player card game today. It’s also called Patience, Success, and a few other names in Europe. Throughout history, there have been several evident time frames when solitaire’s fame has been quite notable.

The History of Solitaire’s Popularity

Due to the loss of oral and written traditions throughout time, it’s impossible to have a clear understanding as to when and even how this game originated. Nevertheless, looking at historical evidence, some key moments stand out, linking the classic solitaire we know today to its proven roots.

It’s best to start at the beginning to see how the game has progressed to its modern-day form. This article will highlight all the important transitions of popularity over the course of centuries.

Games have been around since ancient times. Boards played with tokens and dice were found as archaeological evidence from ancient Mesopotamians and Egyptians. But cards didn’t make their way onto the scene till much later.

It’s debated when the first playing cards came about, but it’s agreed upon that they likely originated in Asia somewhere between the 9th and 12th century. By the 14th century, they made their way to Europe.

Quite a number of controversies accompanied cards early on, including accusations of them being used for blasphemous, sinful, occult, or symbolic purposes. Regardless, they continued to be defiantly sought after. Until the 16th century, cards were mostly owned by the elite, as they were so intricate and expensive that few could afford them. But technology advanced, and printing abilities gave cards immediate and widespread popularity.

It isn’t known when solitaire was developed. A primitive form could have been devised prior to cards leaving Asia. However, most historians think that it originated in Europe. Legends surround solitaire’s inception, claiming it started in Scandinavia, Germany, or even a prison during the French Revolution.

The first official documentation came from Germany in the 1780s, all but refuting the prison tale. By this point, the game had already been established and well-known, as it found its way in a book of popular card game rules. The rules involved two players, one active and one passive, and the game was called Patience.

The Evolution of a Name

The game was huge and made its way around the world. It’s unknown how or why, but at some point, the second player was dropped from the rules, turning it into a single-player game. This is when solitaire, meaning solitary or alone, entered the scene.

Solitaire remained exceedingly popular throughout much of the mid-1800s. During this period, many variations emerged, many of which are still around today.

After a small wane of about 100 years, solitaire bounced back a bit in the 1900s thanks to the mid-century card-playing trend. At this time, even more variations came about, which kept solitaire in the spotlight.

In the 1980s, solitaire entered the digital world and experienced its most significant recorded surge. Though it was available through other programs, Microsoft 3.0 was the first to offer solitaire on a large scale. When released in 1990, its purpose was simply to provide a way for people to get a feel for using a mouse’s drag and drop feature, which was a fairly new concept back then. It was eventually installed in over a billion computers.

Solitaire continued to be faithfully installed in Microsoft Windows until its 8.1 system came about in 2013. Though times have changed, it has again returned to recent operating systems.

Today, solitaire has come full-circle, once again boasting variations requiring more than just an individual. There are now online multiplayer games where individual participants are ranked according to their speed and efficiency.

But many techno-purists long for the days of old. Nostalgia and the thrill of simpler times have made solitaire a mainstay. It’s a familiar experience that many find dear, despite today’s gaming technology. Solitaire is so revered that in May of 2019, it entered the World Video Game Hall of Fame.

With a storied evolution, solitaire proves its staying power. Even with ever-changing technology, it hasn’t been left in the dust. There’s something comforting about its convention that continues to capture the hearts of many.