Why Mobile Players are Real Gamers Too: A Look at Mobile Gaming 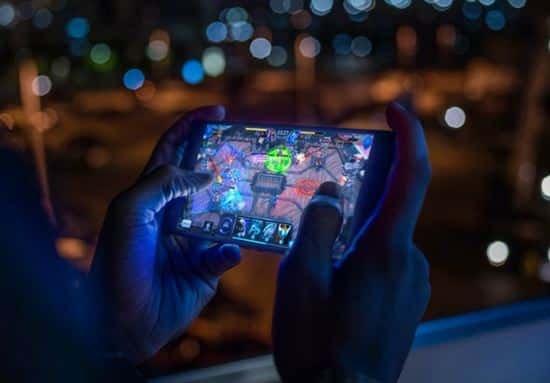 At the start of 2020, the global gaming industry was worth over 150 billion US dollars. This number includes the income from the PC and mobile sectors. However, Statista reported that it is the mobile gaming segment that earned more which was at 77 billion USD. Meanwhile, the PC gaming market was able to make over 37 billion USD. These numbers show how big the mobile gaming industry is and the bigger it gets, the more serious that people are taking mobile gaming. These numbers clearly state that mobile gaming shouldn’t be ridiculed anymore. People who think that mobile gamers are not real gamers should start forgetting about such sentiments because there are many valid points out there that prove how mobile gaming isn’t different than console or PC gaming.

Nowadays, mobile devices, particularly smartphones, have become so powerful that people can play any type of game with one. Mobile or smartphone users can easily download the Best Online Casino App for Android and iOS. If that’s not the type of gaming they want, they can download casual games, RPGs, and even battle royale types of games too.

There are a few gamers out there who have expressed how they don’t treat mobile gaming as a real form of gaming. There’s popular game streamer Dr. Disrespect who tweeted in 2019 that mobile gamers aren’t real gamers. This tweet became quite controversial that many mobile game streamers like iFerg from the Call of Duty: Mobile community called him out and even dared him to go against him in a CODM battle.

The tweet drew a lot of criticisms that eventually, Dr. Disrespect was forced to issue an apology statement. Another well-known streamer who shared the same sentiments also got in trouble in expressing his thoughts about mobile gaming.

Timothy John Randrup or also known as Tims is a popular and professional DOTA 2 player. In one of his streams, he talked about how he doesn’t consider mobile gamers to be real gamers. He was also talking to a friend about how the popular game Mobile Legends Bang Bang (MLBB) is only played by people who can’t handle or incapable of playing DOTA 2.

He mentioned that one of his former teammates Marc Polo Luis Fausto or also known as Raven used to play MLBB and it was only to make himself sleepy. Another one of his teammates, Carlo Palad or Kuku is also playing MLBB but only because of his wife.

Like Dr. Disrespect, Tims also received backlash on his opinions regarding the mobile gamers. Mobile gamers and even non-mobile gamers just really don’t see the problem with playing games on mobile devices anymore.

Why Mobile Gaming is Serious Business

A gamer is someone who plays video games and whatever device he or she uses, shouldn’t exactly matter anymore. Aside from how big the mobile gaming industry has gotten, another proof that mobile gaming should now be taken seriously is esports.

Mobile games like PUBG, MLBB, Rules of Survival, and Call of Duty: Mobile now has professional esports tournaments or stages. Based on reports, Arena of Valor takes the most number of hours watched which is over 72 million. This is followed by PUBG Mobile with over 55 million, Free Fire with over 38 million, MLBB with over 29 million, and Clash Royale with over 5 million watch hours.

Aside from the number of hours watched, these tournaments also have huge prize pools that are comparable to another esports tournament for PC and console players. PUBG Mobile has an annual prize pool of 5 million USD. Arena of Valor has over 2.1 million USD, Free Fire has 2 million USD, and Call of Duty: Mobile has 1 million USD. Let’s talk about the most widespread site F95zone, where you can find lots of games and videos for real fun.

This is why many mobile gamers are starting to take what they do seriously. Many are now aspiring to play in professional tournaments with their mobile devices. The thing about mobile gaming is that it is more accessible to many.

Because of smartphones, many people can now enjoy playing games at a cheaper expense. It’s easy to understand why mobile gaming is taking the world by storm. It’s compact and convenient. People can play mobile games whenever and wherever they are.

The fact that it is easy to access is what makes it so enticing. With over 5 billion smartphone users worldwide, 2.2 billion are mobile gamers. The community is already huge and based on reports it will continue to grow in the coming years. With that, we can expect that the mobile gaming segment will just keep getting better.