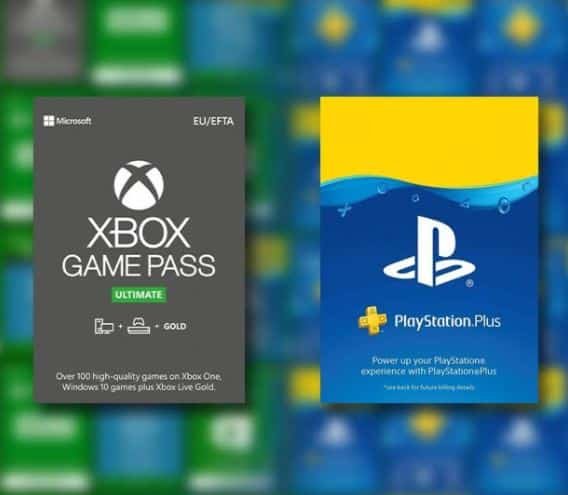 For the majority of people, the most apparent use of gift cards is for them to be given away as a present. Xbox Live or PlayStation Network gift cards serve as a perfect choice in that case, especially if the receiver of the gift happens to be a gamer and an owner of a console connected to one of the aforementioned digital service networks. It should also be noted that PSN and Xbox Live gift cards don’t have an expiration date – one can buy them and keep them for a special occasion like a friend’s birthday or holidays like Christmas.

However, is there anything to gain if you were to buy a gift card for your own needs? What’s the benefit of that? Isn’t it simpler to purchase products directly from console stores by using credit card funds instead? As we will see, these questions are worth pondering. There’s more to PlayStation gift cards and Xbox Live gift cards than meets the eye – they may even turn out to be prerequisites for the best possible console gaming experience!

The first and most obvious benefit of PSN and Xbox Live gift cards is that they provide a method to shop on digital consoles stores without the necessity to enter your bank account details into the system. This way users save time, enjoy a simpler shopping process, and protect their personal information from being stolen or used by someone else.

Although the probability is such an event is low, Xbox Live and PlayStation Network can suffer from cyberattacks and data breaching. In 2011, cybercriminals acquired data of over 77 million PSN users. Of course, multiple safety precautions have been implemented since then,  but using the aforementioned top-up cards nevertheless remains one of the ways to make shopping on either of the console stores more secure.

The overall price is cheaper

Safety is an important aspect, but that’s far from the only benefit PSN and Xbox Live gift cards offer. If one were to buy gift cards from online retailers such as Eneba.com, the amount of money spent shopping on console stores would end up being significantly cheaper. How is that the case you may wonder? When it comes to online marketplaces, retailers sell gift cards in a form of product codes that can be redeemed on Sony’s or Microsoft’s digital storefronts.

In fact, PlayStation Network and Xbox Live gift card activation codes don’t have a fixed price, meaning that it is often possible to purchase them at a price cheaper than the monetary value it adds to the user’s account. The end result is that the users gain more than they paid for and this opens up the way to enjoy the selection of products featured on Sony’s or Microsoft’s platform significantly cheaper.

It’s only natural that console owners would spend the acquired funds on video games, DLC, cosmetic items, and in-game currencies. A wide selection of products not related to gaming is featured: films, TV shows, music, add-ons, and most importantly – paid subscription services. The latter option is especially worth considering as it’s one of those options that could easily be labeled as a “gift that keeps on giving”.

In the case of PlayStation Network, it’s the PS Plus membership which provides users access to multiplayer modes of PlayStation games, offers up to two free video games each month, and on top of it all – provides exclusive discounts for purchases on PlayStation Store. Since the price of products is already cheaper by making purchases with a digital gift card, with PS Plus discounts the overall cost is reduced by an even larger margin.

Microsoft has it’s own paid subscription service to unlock the full set of features of the Xbox Live platform. The name of the membership is Xbox Live Gold and very much like PS Plus from PlayStation Network, it gives multiplayer access, provides users from 2 to 4 free games each month, and offers exclusive discounts that range from 50% to 75%. Ordering the service with an Xbox Live gift card will once again result in a multitude of great benefits, all of which will be obtained for a much lower price but even with all this in mind, we haven’t discussed the full value of Xbox Live or PlayStation Network gift cards.

Gift cards as a way to enjoy game streaming services

As previously mentioned, PSN and Xbox Live gifts can be purchased for a price cheaper when compared to the amount of funds they add to a specific account. This results in cheaper shopping on console stores, especially when gift cards are used in conjunction with exclusives discounts provided to users with paid subscription services like PS Plus and Xbox Live Gold. However, if one were to really push their hardware to the limit, game streaming services are the option one should consider.

Microsoft’s Xbox Game Pass Ultimate is one of such options. It’s a subscription service bundle which includes the already discussed Xbox Live Gold, EA Play, Xbox Game Pass, Xbox Game Pass for PC, and xCloud – all these options provide access to a constantly updated collection of video games that can be enjoyed on Xbox consoles, PC’s with Windows 10 operating system, and a number of mobile devices. Games can be played for the duration of the subscription but if the users decide to own the games permanently, they are once again given a discount for using the service in the first place.

PSN offers an analogous streaming service called PlayStation Now. Like Xbox Game Pass and it’s alternate variations, PS Now offers discounts to users who want to purchase PlayStation games or their DLC expansions permanently. Sony’s game streaming service also allows PlayStation exclusives on PC. Of course, the resolution is limited to 720p and only users from the United States, Canada, and the United Kingdom can enjoy PS games on personal computers but it’s nevertheless worth considering as accessibility and features of PS Now are bound to expand with time.

Increasing the total amount of funds in your Xbox Live or PSN account and spending them on the subscription services is like “killing two birds with one stone” so to speak. Gift cards already cost less as digital key codes and with the additional discounts members receive from paid subscriptions, they provide a shopping method that gives far more for far less – it’s one heck of a way to explore the possibilities of your favorite gaming platform.

As for gift cards themselves – be sure to visit the Eneba marketplace for amazing deals! You’ll not only find Xbox Live and PSN cards featured in the assortment but also a variety of other options to satisfy all your gaming needs for a good price!