What to Expect From the Gaming Industry in 2021 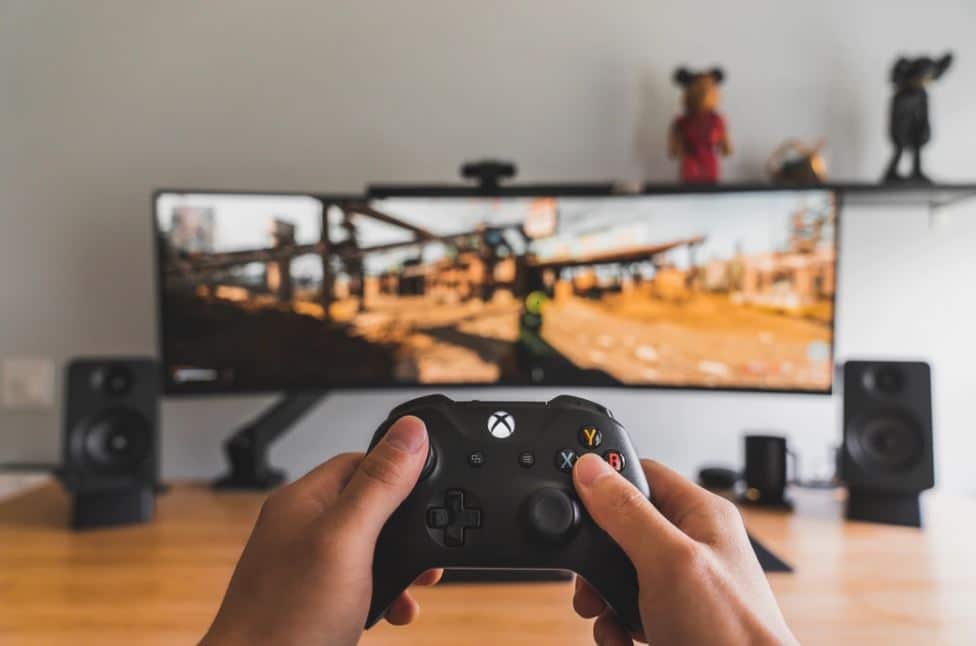 The gaming Industry in 2021 has gone from strength to strength in the last couple of decades. It now has a total revenue that’s larger than the music industry, the movie industry, and that rivals the book industry.

Its size has ballooned since the start of the 21st century, beginning the new millennium with an annual global revenue of just over $36 billion. By 2010, this had nearly doubled in size, reaching $62.7 billion. Seven years later, global turnover had smashed through the $100 billion mark, reaching $108.9 billion in 2017. Just a year later, it jumped again to almost $135 billion.

In 2019, the industry continued to build on its successes, with huge growth in the casual and hyper-casual markets. These games, such as Candy Crush Saga, 1010!, and Pac-Man, are easy to play, can be enjoyed for just a few minutes at a time, and can be repeated an infinite number of times.

This trend continued into this year with hyper-casual games seeing a 30% rise in downloads, while mobile games, in general, were 17% more popular.

This success can also be seen in the financial performance of the biggest companies gaming Industry in 2021. For example, Ubisoft Entertainment, the publisher of Watch Dogs and Assassin’s Creed, saw its share price rise from €53 in November 2019 to €77 12 months later.

Electronic Arts Inc, which owns IP like Madden, FIFA, and The Sims, saw its share price grow by 20% over the same period, though it did reach an even higher price of $146 in August, 46% higher than its November 2019 price. After several successful years, the company has said it will be issuing $3 billion worth of dividends to shareholders in the next two years.

But after these successes, has the industry got more room to grow? What can we expect from the gaming industry in 2021?

Much of the revenue growth in the last five years has come from microtransactions as publishers use downloadable content (DLC) to extract revenue from gamers long after the title is released.

In late 2019, we saw Activision release Call of Duty: Mobile, a game that broke download records twice and proved to be one of the most successful mobile games of all time. A year on, the game has generated nearly half a billion dollars for the company, despite being free to play.

The proportion of revenue that comes from users buying in-game currency, upgrades, and skins is now above 50% for many companies. Take-Two Interactive, the company that publishes games like NBA 2K, Grand Theft Auto, and Red Dead Redemption, now generates two-thirds of its revenue from microtransactions.

Fortnite, which is a completely free-to-play game, generated $1.8 billion of revenue in 2019 through the sale of battle passes and character customisations.

Given the huge demand for these types of microtransactions keeps growing at earth-shattering rates, it seems unlikely 2021 will be any different. If anything, companies are likely to double-down on their DLC cash cows.

Though they do risk upsetting gamers. Earlier in 2020, when Sony revealed the PlayStation 5, it announced that Grand Theft Auto V would be coming to the console in a newly expanded and remastered version. Rockstar and Take-Two are clearly looking to squeeze every last drop out of this seven-year-old game, but the news was met with anger and derision from fans who had been hoping for GTA VI.

The iGaming industry, which is comprised of online casinos, sports betting sites, poker rooms, bingo, lotteries, and scratch cards, has enjoyed a strong few years. In Europe, where laws are most liberal, the industry continues to grow, with gross gaming revenues (GGR) from casino games alone expected to top €20 billion in 2020.

Online casinos will continue to face stiff competition, both in established markets like in Europe and in developing ones like the United States. Therefore, we’re likely to see aggressive marketing among these companies, with many running free spin, no deposit promotions to encourage customers to play with them over a competitor. Comparison and review sites like oddschecker will play a key role in the market by helping customers to navigate their way through the crowded market.

Sports betting continues to be a major growth area, with companies investing heavily in sponsorships of teams and clubs across the continent.

The biggest growth area over the last couple of years has been sports betting in the United States. In mid-2018, the US Supreme Court struck down legislation that forbade the operation of a sportsbook outside of Nevada.

Very quickly, states have been acting to legalise the practice within their borders, with more than a dozen having completed the process so far. Before the law was passed, the industry saw around $200 million wagered legally each year. However, in the two years following the Supreme Court’s decision, Americans have spent more than $20 billion.

Therefore, we are likely to see rapid growth in the country continue, particularly as companies try to build large market shares in new states.

November 2020 saw the release of the Xbox Series S and X and the PlayStation 5. As we’ve seen previously, both these consoles have been hugely popular, with many gamers struggling to get their hands on a device ahead of Christmas.

However, sales are expected to continue well into the new year, with Sony predicting that it will sell around 6 million units by the end of March 2021.

Although several titles have hit the market already, gamers can expect there to be a slew of new content to go on sale that makes better use of the processing power contained within these new devices.

Thanks to the successful launch of the PlayStation, Sony Corporation has seen its share price reach highs not previously seen since 2001.

Whether it will be able to maintain this momentum, irrespective of successful sales figures is unknown since many buyers may lose interest after the attention of the PS5 launch goes away.