What Is the Major Difference Between Game Art and Design? 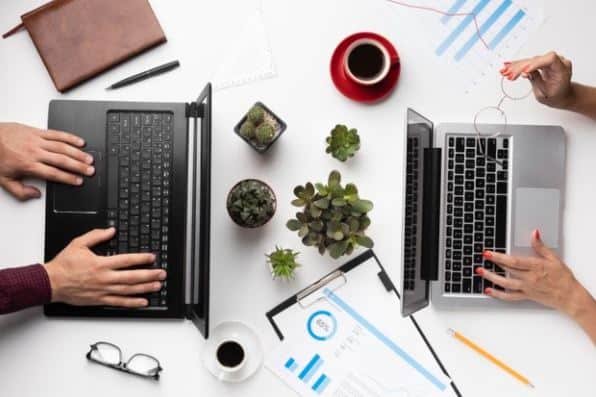 Game art and design creating a holistic image of a video game is an art that requires the involvement of a large number of specialists. Of course, if we are talking about large-scale projects, and not casual two-dimensional products, which even a solo developer can do.

The concepts of game design and art are often conflated. Almost every game art studio writes in the list of their services that game design is also their specialization. But why then are there two concepts and can they really be used interchangeably? Let’s try to figure it out.

What does a designer do? It is this person who is responsible for ensuring that the technical and artistic aspects are harmoniously combined. Programmers deal with engines and coding and provide the game with the technical backbone. But the bare bones are of no value unless they are “dressed” in art. To do this, the designer must take into account a lot of nuances and work out a huge amount of detail.

The most important thing is to make the product interesting to the player. To do this, you need to work out the story, gameplay, levels, interface and generally put yourself in the player’s shoes. The designer decides at what point in the level a key event occurs, from what angle the enemy jumps out and what happens if the player overlooks an important item or makes an alternative decision. It is quite a difficult task to work out each scenario. Therefore, the creation of game levels takes a long time and subsequently requires very serious work on the part of testers.

Thus, the designer brings the game world to life. If this did not happen, the world would be beautiful and accessible for research, but absolutely non-interactive. And players value video games and often give them preference over films precisely because of the interactivity and the ability to influence everything that happens.

We’ve already partially mentioned the role of the game artist. He or she is a valued member of the team, responsible for creating the aesthetic of the game in the form of illustrations of characters, objects and environments. If they are 2D artists, then they create their works in 2D and this is considered the final version before the animation stage. If these are 3D artists, then after the 2D concept is created, they make 3D models on its basis, which are sent to the next stage.

In order not to get confused, we will fill up a canvas with an indication of the role of the concept artist. This role also belongs to the category of game artists. These people are often the first link in the art creation chain in any game art company. They collect references to form a complex look for the stylistics and are involved in the design of characters, assets and environments. It looks more like drafts at first. Then they are gradually supplemented with details that become the final touches for the formation of illustrations for the game.

The designer uses all the drawings and models to assemble the level. In order for everything to look consistent and aesthetically pleasing, all drawings and models should be in the same style and convey the same mood. Therefore, the artists work long enough and the results of their work are subjected to the strictest assessment: the client must approve everything so that at subsequent stages, there are no complaints about the aesthetics of the game.

Every member of the game team plays an extremely important role. If you are interested in your product being holistic and conceptual, make sure to choose the right and reliable partner. In such a company, any person, from a developer to a game environment designer, clearly knows his or her task and will be able to provide you with the embodiment of your idea in the best traditions of the chosen genre.

Artists will help you collect your different proposals into a coherent picture and arrange it in a specific style. The development of characters and environments is under your control and can be adjusted at any time according to your wishes. Once the illustrations and models are approved, designers will come into play. They will be able to embody all your plot ideas and make the game fun, dynamic and exciting.

NFT and Celebrities: What Is the Hype?