7 Reasons Hydroponics Systems are the Future of Gardening 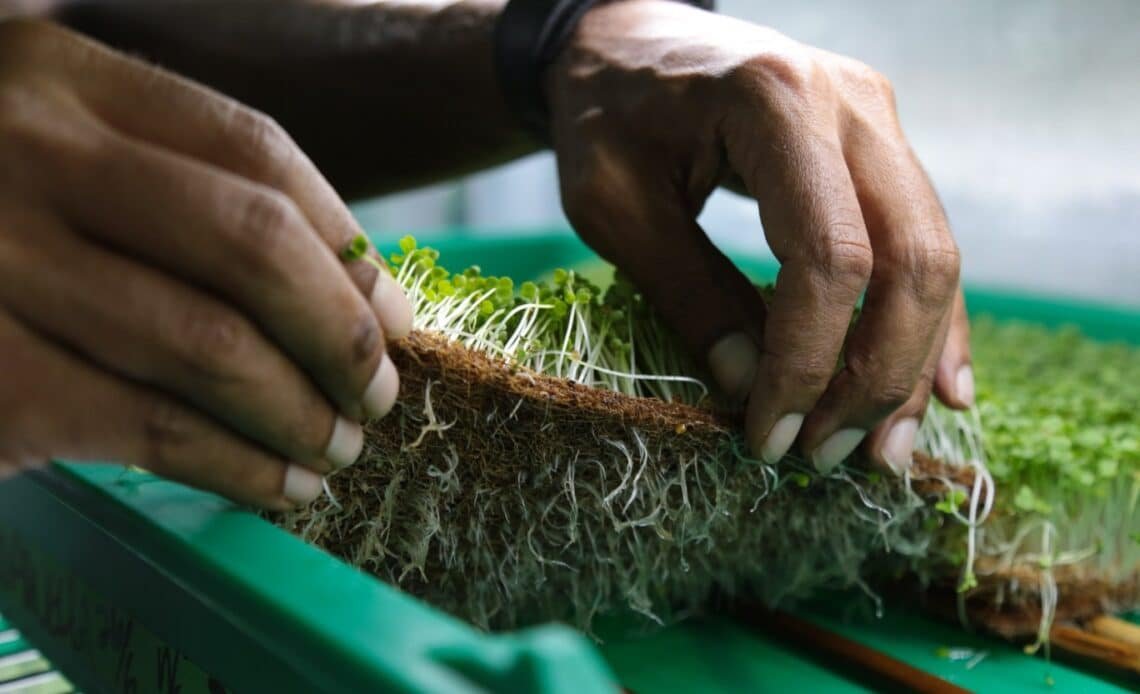 Most people with a green thumb would have caught wind of hydroponics’ growing popularity by now. Once just a buzzword, hydroponics is starting to revolutionize the way food is produced around the world. From tiny urban gardens to large commercial farms, hydroponics systems have helped to usher in the future of gardening and farming.

While many people love a good DIY project, those who do not love it have the option of picking up systems from companies like Agron. So, what is hydroponic, and how does it work? Furthermore, how are hydroponic systems modernizing the way food is grown?

Hydroponic gardening differs from traditional gardening in that plants are grown in water rather than in soil. However, plants require more to survive, including nutrients, oxygen, and carbon dioxide. Hydroponic growing is possible so long as the plant is supplied with adequate amounts of these things.

Hydroponics may not use soil, but it still has some growing medium for root support. Materials most commonly used are perlite, vermiculite, coconut fiber, peat moss, and Rockwool. Hydroponics systems often include an air stone or air pump to oxygenate the water, so the roots don’t drown.

If the plants are being grown indoors, the system will also require a grow light. Nutrient solutions can be added directly to the water in the hydroponics system, so plants are given all of the basic elements they require to thrive. So, what are some of the benefits of growing in a hydroponics system versus traditional soil growing? More on that below.

In the age of climate change, water conservation is a huge issue for many people. Hydroponics systems use water far more efficiently than soil growing, which means much less water waste. Traditionally grown plants are soaked with water, most of which runs out of the pot or into the ground. The plant only retains and uses a tiny portion of the water it is given.

Hydroponics systems include a recirculating nutrient reservoir, which allows plants to take what they need and leave the remaining nutrient water for later. The reservoir has a cover, which helps prevent water loss through evaporation. This system can take weeks, so use the same amount of water than plants grown in soil use in a day.

They Make it Easy to Feed Plants

One of the greatest benefits of hydroponic gardening is the ease and precision in feeding plants. The water in a hydroponics system delivers the exact right amount of each nutrient directly to a plant’s roots. The plant’s roots no longer need to stretch out in search of a specific nutrient and risk developing a deficiency.

Hydroponic nutrient solutions are typically liquid and can be measured precisely depending on the plant’s needs at any given time. Such precision in the feeding schedule helps produce perfect plants that outperform those grown traditionally.

Water and nutrients are tightly managed in hydroponic grow systems. Because plants no longer have to stretch out in search of nutrients, they can spend more energy growing upwards. While growth rates can vary depending on the system and how well it is maintained, the average hydroponic garden can produce much higher yields than traditionally grown plants.

Not only do hydroponics systems help gardeners get bigger yields, but they also shorten the time it takes for plants to reach maturity. Because hydroponics systems make it, so plants do not have to focus on growing extensive root systems, plants will reach the point of harvest 40-50% earlier. The hastened growth is due to the lack of stress put on the plant, as the hydroponic system gives it the perfect growing environment.

They Help Grow Crops in the Off-Season

One of the biggest reasons people turn to hydroponic systems for gardening and farming is because they can grow year-round, regardless of climate. Hydroponics systems used indoors help growers create the ideal environment, including temperature, humidity, and sunlight. Growers that live in climates with a long winter can still provide optimal water and nutrients to their plants, even if the outdoor environment is inhospitable.

Many all-in-one hydroponics systems available commercially give growers control over the various light, humidity, and water elements of growing. This helps them create microclimates within their greenhouse that can mimic a plant’s ideal growing environment in any geographic location.

Growing plants outdoors often leaves gardeners battling various plant diseases, pests, and invasive plants. To manage these issues, farmers and gardeners often use harsh chemicals, such as pesticides and weed killers. However, hydroponic systems can lessen and even eliminate some of these problems without the use of any chemicals at all.

Hydroponics systems don’t use soil, so there is no place for weeds and invasive plant species to take root. No weeds mean no weed killer and no weeding at all. Gardeners will spend a lot less time on their hands and knees pulling up pesky unwanted plants.

Hydroponics systems also dramatically reduce the number of insects and pests that can disrupt a plant’s growth. Eliminating soil from a growing system erases the possibility of soil-borne diseases and insects. Gardeners will not require any pesticides or disease-treating chemicals to manage pests and diseases attacking their plants.

They are Perfect for Small-Space Gardening

Hydroponics systems are not a one-size-fits-all growing setup. Instead, these systems can be customized to fit in just about any location. There are hydroponics systems that are small enough to fit in a small closet and large enough to sustain a commercial farm. This means that would-be gardeners who live in congested cities where living spaces are often very small can still have a way to grow plants all year.

Hydroponic growing systems offer versatility and ease that are not available with traditionally-grown gardens. Growers that are feeling trepidation around switching to hydroponics can start small and test out the efficacy of growing plants hydroponically for themselves. There are small, all-in-one systems that can sustain small plants like lettuce and herbs right inside a person’s home. It won’t be long before they’re convinced that hydroponics systems are the future of gardening.

Create a Personal Oasis: Add a Tranquil Scandinavian Design to your Home

6 Signs of Roof Leaks in Your Home