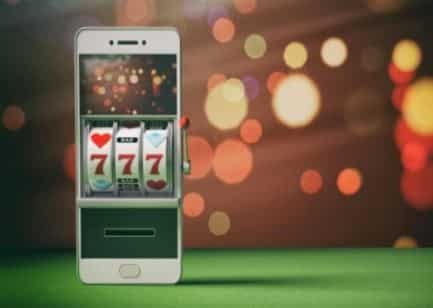 While many industries struggle during the global Covid-19 pandemic, some are becoming more prosperous than ever. Gaming, and especially mobile gaming, are going through a veritable boom. As governments across the globe imposed draconian measures like lockdowns to prevent the spread of the disease, millions of people suddenly found themselves with too much free time on their hands. Many of them turned to the tested method of dealing with it – gaming. This has not only increased revenue for gaming companies but also brought a huge influx of new players, establishing a solid base for further growth.

The Clash of Generations

One of the trends that will definitely play a big role in the further development of social mobile gaming is the clash between the Millennials and Gen Z. The main difference between these two large gaming populations is the massive drop in mobile gamers. Around 40% of Millennials identify as mobile gamers. Interestingly, only 33% of Gen Z-ers feel the same. Considering that the total percentage of gamers is on the rise, the situation is worrisome. This drop in numbers is something the mobile gaming industry will have to address as soon as possible because it doesn’t bode well for them. Whatever the reasons are, and why younger generations prefer consoles and PCs to mobile devices, this is something that has to be resolved, if mobile gaming is to remain as popular and lucrative a market as it was until now.

Social casinos are a fairly new addition to the world of mobile gaming. It is an app that lets you play popular social casino games, like poker or blackjack, with your friends. Everything else functions like any other online game. You can invite your friends, play with people from all over the world, post your achievements to earn bragging rights, etc. Many games are structured like regular video games. There is a storyline, character progression, and levels to unlock. Social slots, the latest iteration of popular one-armed robbers from the early 20th century, are very popular among the players. Other games include titles like FarmVille, CityVille, Mafia Wars, and others.

Gaming Is A Spectator Sport

A whopping 71% of millennial gamers watch gaming content on either Twitch or YouTube. That makes gaming one of the most popular spectator sports on the planet, even rivaling traditional sports like soccer or basketball. In fact, the majority of young people in the 18 to 25 demographics would rather watch gaming than traditional sports. That is something mobile games developers have to take into account when creating new games. Easy and seamless integration with streaming platforms is a must these days. An even bigger change is coming though if the number of spectators continues to rise at this pace. In a not-so-distant future, it will surpass the number of players, which will completely transform the gaming business model.

The massive influx of new game titles on the market has forced many developers to change their approach to obtaining and retaining players. So far, the most successful way is increased socialization. Games are slowly becoming surrogates for social networks, incorporating many of the features previously seen on Facebook and Instagram. That means we can expect mobile gaming to follow the path of gaming in general, focusing on player-created guilds and clans, user mentions, in-game chats, and even activity feed. The general idea is to keep players engaged with not only game content, but through the social component as well. To achieve that goal, some developers are joining forces with social media, as Zynga did with Snapchat last year.

Marketing people are always looking for new ways to attract customers to their ads. In 2020, they have spent $75 billion on advertising mobile games. That is a 30% increase compared to the year before. The latest idea they came up with is playable ads. They let players get a taste of the game without actually installing it. Another marketing segment that is on the rise is in-game ads. Many developers feel that they are a key factor for successful monetization. In 2021, we will see many of them, even in apps that previously didn’t have ads.

The mobile gaming sector will further be strengthened by new technologies in-game tech in 2021 and beyond. New game engines are already pushing old borders and bringing graphics to the levels previously only seen on PCs and consoles. They are also much easier to use and that alone will have a huge impact on the number and quality of titles we expect to see in 2021. The barrier for entry is drastically lowered and new developers are popping up regularly. Thanks to the lower cost of game development, companies that previously couldn’t compete for talent can now afford to make their mark. Already established developers, like Epic Games and Roblox, aren’t sitting idly though and will continue to dominate the market in the near future.

Apple’s AppTracking Transparency (ATT) framework, focused on increased privacy for end-users, will force many developers to rethink their approach to users; data or completely abandon the iPhone market. Since the latter isn’t really an option, we expect to see major changes in the way our data is being collected and used. This will have a huge impact on marketing campaigns, as most of the established methods for ad optimization will no longer be supported. To allow developers to insert ads into their games, Apple has developed a new SKAdnetwork, which will allow them to manage their campaign, but with more restrictions in place.

The increased competition in the social gaming market has forced many developers to at least consider mergers. Bigger players are buying smaller studios constantly. For instance, Zynga obtained two leading Turkish developers in 2020. Stillfront Group paid $300 million for Storm8, while Take-Two acquired the creators of Two Dots, Playdot, for $192 million. These and many other similar acquisitions are a sign of just how robust the market is and how much faith companies have in the future.