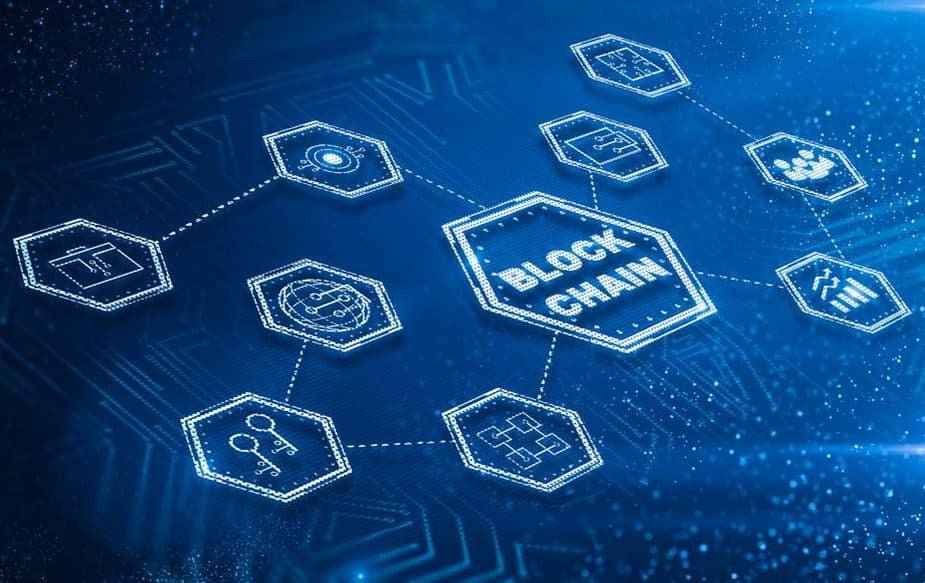 What Is Blockchain Technology?

A Blockchain is a shared database that is distributed among computer network nodes. It uses decentralization and cryptographic hashing to make the existence of any digital asset irrevocable and visible.

A blockchain database is a digital database that stores information electronically and plays an important function in cryptocurrency systems by keeping a secure and decentralized record of transactions.

The blockchain ensures the accuracy and security of a data record and builds confidence in the absence of a trusted intermediary. A blockchain accumulates information in groupings known as blocks, which store sets of data.

What Is A Blockchain Technology In Cryptocurrency?

The primary goal of blockchain is to enable the recording and distribution of unedited digital information. Similarly, blockchain is the foundation for immutable ledgers and transaction records that cannot be changed, erased, or destroyed.

The unmistakable truth is that the Blockchain’s most well-known use is in cryptocurrency. As a result, cryptocurrency employs blockchain to serve as both a public ledger and an upgraded cryptographic security system, ensuring that all online transactions are always recorded and safeguarded.

Blockchain is most recognised for its security, which makes theft considerably more difficult because each bitcoin has its own unique identifier that is linked to a single owner.

The use of cryptocurrency has decreased the necessity for individual currencies and central banks.

Through blockchain, cryptocurrency may be delivered to anyone and everywhere in the globe without the need for currency exchange or interference from central banks.

It has been demonstrated that cryptocurrency may make some individuals wealthy, and as a result, speculators have been pushing up the price of a cryptocurrency, particularly Bitcoin. This enables some early adopters to become millionaires by trading with cryptocurrency. Overall, this has resulted in a rise in the number of significant organisations that appear to be intrigued by the notion of a blockchain-based digital currency for payments.

For a long time, blockchain was linked with cryptocurrencies, but the technology’s openness and security have led to increased acceptance in a variety of fields. The Ethereum blockchain is one example of such adoption. Developers may use this to design complex programmes that can communicate with one another on the blockchain.

Blockchain is upending the present state of innovation by allowing businesses to experiment with ground-breaking technology such as peer-to-peer energy distribution and decentralised forms of news media.

What Are The Other Main Purposes Of Blockchain Technology?

A blockchain is made up of a series of encrypted information blocks that are linked together in a chain. These blocks establish an unchangeable ledger that is spread throughout the participating nodes. These nodes are computer systems that communicate with end consumers. As a result, the ultimate goal of the blockchain is to exchange information across all people that access it through an application.

Reading and writing access to this information can be unfettered or restricted, and the shared information is safeguarded against alteration. That is, any alteration would be simply and instantly obvious. In such instances if the information is stored on the blockchain, it is deemed immutable due to its high level of security.

The blockchain can also be used for the following purposes:

Blockchain does not keep any of its data in a centralised location, instead of copying and disseminating it across a distributed network. Blockchain becomes much more difficult to manipulate by disseminating that information over a network rather than holding it in a single central database. If a hacker obtained a copy of the blockchain, just a single copy of the data, rather not the whole network, would be endangered.

Transactions That Are Efficient And Secure

Transactions processed by a central authority might take several days to settle. Because blockchain operates 24 hours a day, transactions may be performed in 10 mins and safeguarded in a few hours.

This is useful for cross-border deals, which often take substantially longer due to time zone differences. The blockchain network must verify the legitimacy of a transaction once it has been recorded. The transaction is recorded to the blockchain log after it has been validated by a computer.

As a result, anybody can propose improvements or additions to the system. Bitcoin can be upgraded if the majority of network users agree to a new version of the software when the upgrade is sound and useful.

A blockchain contains various built-in security characteristics that make it appealing for applications such as property records, cryptocurrency transactions, and so on. The majority of blockchain technology enables decentralized security and trust.

It is exceedingly difficult to go back and change the contents of a block once it has been placed at the end of the blockchain but if a majority of the network has achieved a consensus to do so. If it is changed in any manner, the hash code will change as well. It is designed in this manner so that participating in the network is significantly more economically encouraged than attacking it.

Conclusion
Without a question, blockchain technology is a safer network for securely and quickly sharing information and transactions. As a result, we hope that the preceding essay has provided you with a clear and improved grasp of What Is Blockchain Technology in Cryptocurrency. What Are the Other Primary Goals of Blockchain Technology? There are many bitcoin trading platforms like Bitcoin X allows the user to understand the concept completely before start trading. Let us know your thoughts in the comment section.