Some Awesome Games That Will Get You off Your Seat 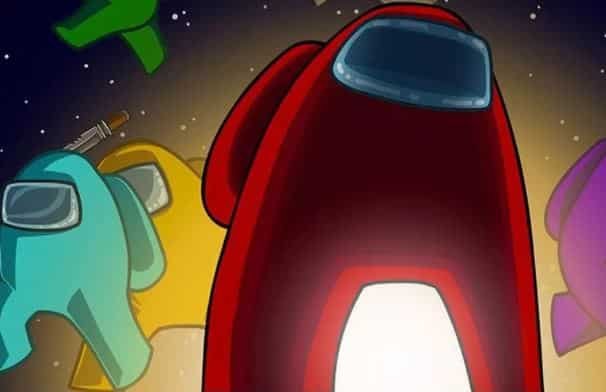 In 2019, mobile games earned 60% of the video game market’s revenue, totalling $49 billion US dollars. According to research, income from the mobile gaming sector will increase to $56 billion by 2024.

So, what are gaming platforms like 888poker.com doing so right?

Accessible and Affordable: Not everyone can afford luxury purchases like a PC or games console. But smartphones are the swiss army knife of the present. As such, they have become a necessity people can’t afford to live without. Plus, competitive monthly phone contracts make smartphones affordable and, therefore, more accessible to the masses.

With more people who own mobiles than consoles, consumers’ chances of playing games on their phones are significantly higher.

Emotional Attachment: An associate professor at Vanderbilt University discovered mobiles are, to many, a modern-day pacifier. A yearning to indulge in screen time allows people to explore on-demand access to mobile games throughout the day.

Beyond the reasons why mobile gaming continues to take precedence in the video game market. It’s always advantageous to know what new and exciting mobile gaming apps are set to grace mobile screens.

Because with a fun-filled, strategic, or social, mobile game to hand, whether waiting at the launderette or killing time commuting to work, there’s no need to experience another dull moment.

Here are the top 5 which mobile users (so essentially everyone) must play or anticipate the release date of this year.

1 – Crash Bandicoot: On the Run

The millennial favourite featured 90s video gaming icon, the cool fox Crash. Who ventures through islands, swerving and jumping over obstacles and bad guys to arguably the catchiest theme tunes of all time.

For a nostalgic rendition of a much-loved game. Crash Bandicoot: On the Run will be available to play on mobile this year, eek!

It’s taken a while for LoL to reach mobile, but it’s been worth the wait for many.

The latest version will replicate many of the features and functions from the PC game, with enhanced graphics and, of course, a mobile-friendly interface.

The Wild Rift version for mobile is a big deal for League of Legend fans, enabling devoted gamers to play and practice wherever they might be.

One of the most exciting battle royale games out there is, as per Respawns Entertainment’s announcement, coming to mobile screens soon.

This means one thing is for sure. Apex fans will be glued to their phones following the game’s potential release later this year.

There are great expectations for the mobile version and Respawn has expressed its confidence in the latest release. With predictions, the mobile game shall exceed Apex sales for PC and consoles of $500 million a year. And become the legendary version of Apex, which earns a whopping $1 billion a year.

This ARPG game entails similar game tactics in classics such as Wow. Players strive to gain the best loot and reach a higher reputable position in the game.

While Diablos games are usually restricted to console and PC, Diablo Immortal will only be accessible on Android, iPhone, and iPad.

Fans will be pleased to know; the new Diablo Immortal will include the classes and graphics from the original games.

If players want to engage with friends or meet new people online, the new MMORPG is an attractive option for social butterflies.

Gamers can pre-register their interest in Blizzards Diablo Immortal on their official website now.

The weird and wonderful concept of Plants vs. Zombies stars mother nature’s foliage battling zombies in a colourful and humorous game. As expected, the action-strategy game is highly addictive.

The latest addition of plants vs. zombies will be available this year for mobile gamers in free-to-play form.

Compared to the game’s usual structure, the mobile version will experience enhancements such as gameplay in portrait mood to improve user-friendliness. Also, the 2D graphics will be exchanged for 3D.

Mobile Gaming for All

Games have and will continue to play a significant part in people’s lives. Whether as a healthy means of escapism, to feel happy, make money online, or fulfill one’s competitive nature.

Games that started with physical means, such as a board game and cards, have progressed with technology. For example, arcade games in the seventies moved to consoles, PC, and online in the 90s.

And now, the mobile is experiencing its heyday as the choice platform for gamers with no sign of a decline in sight.

The latest mobile game additions will undoubtedly continue to be accompanied by bigger and better mobile games in the years to follow. Further enforcing mobiles prominence as the must-have gaming device.

Equipped with the new need-to-know and play mobile games gracing smartphones this year. Gaming enthusiasts can register their interest for the most exciting mobile action to come.