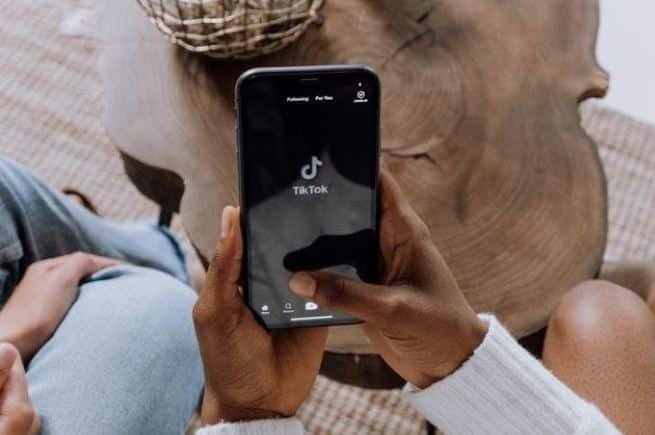 Don’t fool yourself into thinking that in this interconnected age your personal data stays on the phone. Anytime you write an email, upload a photo onto your social media account, or use the web browser to search for information, personal data is generated. Part of that information migrates to big computers owned by corporations such as ByteDance, the owner of TikTok, that want to get a better understanding of how they behave online. Speaking of which, TikTok has no intention of stopping to monitor iPhone users, which has caused dissatisfaction among the Apple community. Alongside ByteDance, China’s major technology companies are currently testing a tool that should help them bypass Apple’s privacy rules and continue to track mobile devices without users’ consent to serve them personalized ads.

If you’re an iPhone user, you’re theoretically at risk because the apps on your phone may access highly personal information. Talal Haj Bakry, senior iOS developer, and Tommy Mysk, who manages the blog Mysk and has brought to life apps such as Canva and Ctrl, revealed that the video-sharing platform has been spying on iPhone clipboards. This practice is very dangerous because the app is capable of reading content from nearby devices, even if they’re off. To put it simply, an iPhone app could leak sensitive data via accessibility. Data takes the form of passwords, email messages, videos, images, and so on. This subject doesn’t matter for national security, but that doesn’t mean that it’s less important. While the iPhone is designed to protect your data and privacy, it mightn’t be able to do much for you.

Getting back on topic, a TikTok representative affirmed that they didn’t intentionally spy on iPhone users, claiming that the unfortunate event was triggered by an app feature meant to identify repetitive, spammy behavior. So, the issue was caused by an outdated Google advertising SDK. Also, TikTok insisted on the fact that it’s committed to ensure user privacy and be transparent about the way in which the app works. If in the beginning Apple didn’t pay too much attention to the vulnerability, it published a fix following extensive media coverage of the incident. Besides TikTok, other apps are banned from gaining access to the clipboard. The good news is that iPhone users can relax because Apple’s most recent safeguard will force TikTok to abandon its practices.

Apple’s CEO, Tim Cook, once said that privacy is a fundamental human right. The American multinational technology company disapproves of the industry’s collection and sale of user data and gives its users control over their information. Apple’s privacy labels help people like you and I understand how the apps handle your data, including the ones that are developed at Apple. The labels appeared in the App Store in December 2020 and since then they have been influencing people’s choices. Amid so many data breaches and scandals, it’s nice to finally see a tech company you can trust. Apple struggles to keep data local to the device and it only collects data to optimize its services. It’s not comparable to what Google or Facebook does.

Apple is on the verge of releasing a new privacy feature demanding developers to ask users nicely to agree to have their iOS devices monitored across apps and websites via a unique device identifier. In response, tech giants from China, including ByteDance, are currently testing CAID (China Advertising ID). People close to the Chinese companies disclosed that testing is taking place, but there hasn’t been an official confirmation until this point. Several attempts have been made to get around the rules, yet CAID is the biggest challenge so far. Apple isn’t willing to make any exceptions, but it’s believed that it will have to rethink its standing, otherwise, it will get kicked out of China.

As far as CAID is concerned, the system is in a demo phase, which translates into the fact that it’s simply a trial version. The software system will be used exclusively by local app developers in China, in addition to advertising companies. It’s forecasted that CAID will be released very soon. If the new technology is implemented and the ad SDK supports it, it would be a disaster from an economic and political standpoint. Official voices support the idea that Apple would be able to detect and block apps that used this so-called tool. Well, only time will tell whether they were right or wrong.

Staying as private as possible on Apple’s iPhone

If you’re like everyone else, you use your iPhone for just about anything, from mobile banking to sending last-minute updates on a project. Needless to say, you don’t want to be spied from the TikTok app. To protect your personal information and restrict TikTok’s data collection on your smartphone you have to be proactive. Don’t rush to delete your account because you might not be able to recover it. To be more precise, if you hit the delete button, there’s no going back. If you change your mind later on, it will be necessary to create a new account. Take into account the possibility of installing a VPN if you access TikTok through your browser. This way, you gain access to a secure and private Internet connection.

Adjusting TikTok’s default account settings will support stronger privacy. There are several changes that you can make, such as restricting direct messages or enabling parental control, just to name a few. What it’s important to understand is that having an iPhone doesn’t have to be a nightmare. It’s possible to use your smartphone in a way that limits the amount of data you’re sharing. Turn off mobile connectivity when it’s not absolutely necessary, encrypt your phone, and keep your software up to date. Even though Apple has had some security issues in the past, it’s doing its best to make sure that users’ personal data remains private. Apple won’t ban TikTok, but it will force the video-sharing social networking service to adjust its data collection policy, which is a big achievement.