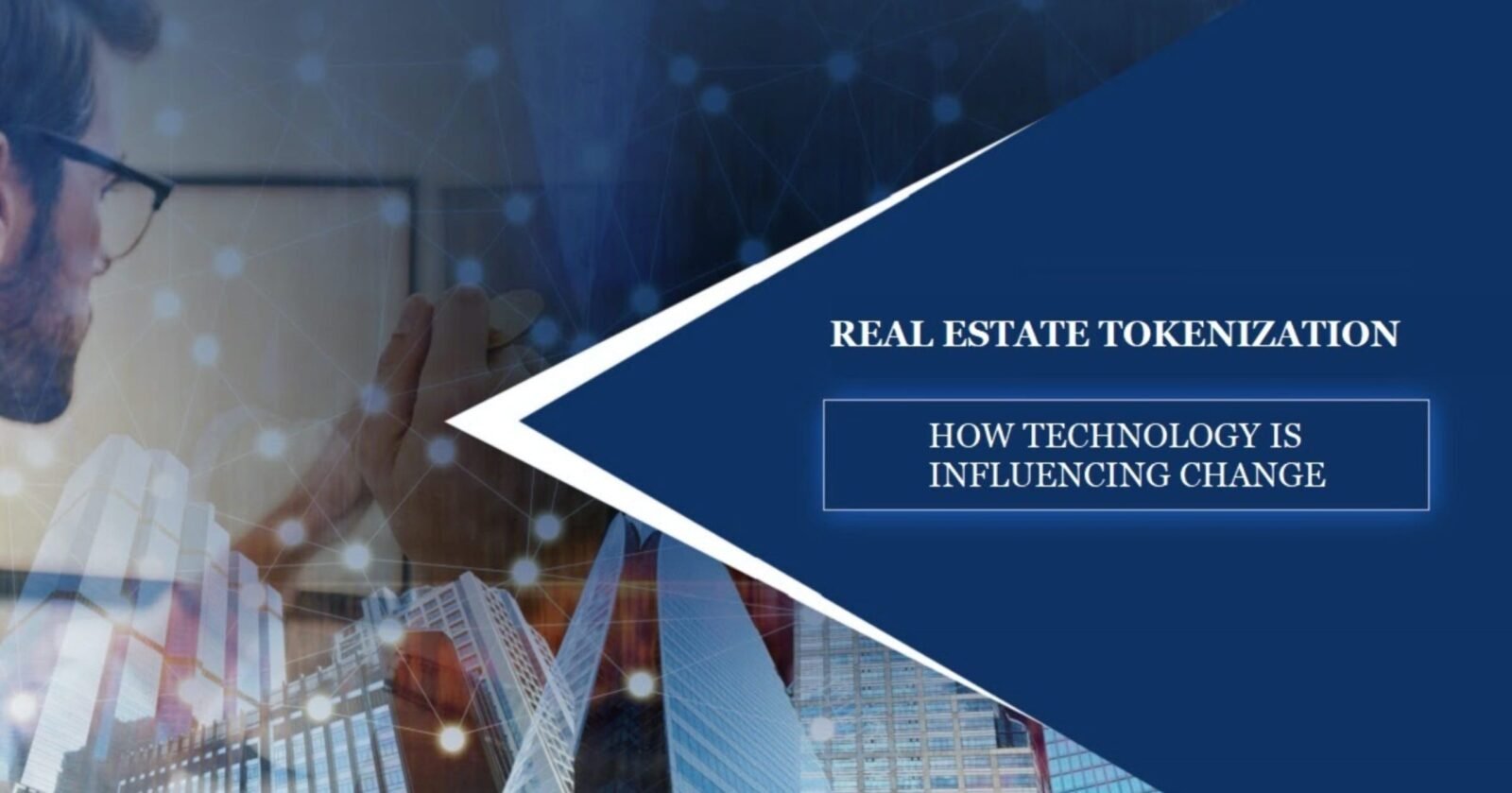 Can you think of any single class of assets worth more than $200 trillion on this planet? There is only one answer that you can give to this multi-trillion-dollar question – real estate tokenization companies. Real estate contributes to a major chunk of assets in almost every big country, including but not limited to the United States, the United Kingdom, France, China, and India.

However, real estate has always been out of the reach of common investors. On one side, there is the challenge in affordability – even if an asset costs a few million dollars or an investor did have that tune of money, they might hesitate to put all their eggs in a single basket.

Another challenge that plagues the real estate trading landscape is that they are not easily sellable, making them an extremely non-ideal asset to provide security in emergency situations. This makes real estate an asset class only for those investors who can afford a long waiting time and a lot of money!

Bringing in the Blockchain Technology

The introduction of the decentralized digital ledger has impacted almost every field, including but not limited to finance investments, transactions, authentication, and even healthcare and supply chain. Bringing in this new technology to the world of assets and investments has resulted in the birth of a new term called tokenization.

Tokenization is a generic term. In this context, tokenization is the process of breaking down large as it into smaller representatives units that decide to either represent shares or equity or debt or some form of profit that can be derived from the acid. As it can be inferred, one of the direct consequences enhanced investor participation and liquidity.

Tokenization of real estate allows property owners to distribute the tokens representing the property on a blockchain platform. A token can represent a certain number of shares in a particular real estate asset. Real estate tokens can be purchased by a wider spectrum of investors, and they become partial owners of the asset. It implies that they can participate in cash flows, and this increases the value of the asset.

Tokenization of real estate assets also means that the investors can sell their shares whenever they want. The selling can be executed even on online platforms.

On one side, there are legal and regulatory compliance requirements. There is also a need to create a special purpose vehicle for executing the tokenization process. Also, since the tokens are self-executing through smart contracts, all the aspects of the tokens need to be figured out, including but not limited to the rights that it bestows on the token holder and the ways in which it puts in the factor of trust in the transaction.

The Benefits of Real Estate Tokenization

The tokenization of real estate presents a plethora of benefits. Although we have seen a couple of them expressed in a word or two, its details are far more fascinating.

One of the most amazing attributes of blockchain technology is its immutability. It implies that once a record is entered into the blockchain, it cannot be changed. Having an immutable transaction history brings the advantages of a traditional ledger, but at the same time, also gives the dynamicity of going digital. It also helps reduce the possibility of fraud. If a token owner wants to sell a certain token several times, the blockchain will show the exact history of ownership, and it ensures that the possibilities of fraudulent transactions are almost reduced to zero.

One of the biggest chunks of expenses when it comes to real estate transactions can be attributed to the intermediaries. Intermediaries cannot be completely undone, but because they take up the responsibility of establishing trust in the transaction. The third-party arbitration ensures that the payment process and the transfer of rights in completely legal territories are executed without any hassle.

Smart contracts, one of the inherent properties of the blockchain, effectively solve the problems and the costs associated with intermediaries. Since smart contracts or self-executing programs that reside right within the blockchain, they take care of the trust factor. They can be programmed to be executed in such a way that a certain process can occur only after certain requirements are met. This programmability enhances the speed of calculations, and consequently, the speed of transactions as well.

Preserving the best for the last, one of the most amazing advantages of tokenization real estate is liquidity. This enhanced liquidity is advantageous not only to the asset owner but also to a large pool of investors.

Tokens considerably reduce the ‘minimum denomination’ required to buy ownership in a real estate asset. This helps retail investors by giving them an avenue for participating in high-value assets, and at the same time, it also helps large and institutional investors diversify their portfolio. A real estate asset that costs $1 million can be divided into 1000 tokens valued at $1000 each or even 1 million tokens valued at $1 each.

The programmability of tokens means that each token can be assigned its own function. Like the representation of shares or equity or debt or rights to returns in the property.

In the world of science, everything is just a theory until people have seen the proof of concept. Real estate tokenization was largely confined to papers until recently. One of the most prominently quoted examples of real estate tokenization is the Aspen resort token. In the European Union, too, tokenizing your real estate property has become a reality. Recently, a villa in the western suburbs of Paris was sold through tokenization. The Villa, valued at €6.5 million, was broken down into 1,000,000 tokens valued at €6.50 each.

There have also been examples of such tokens all across the United States and Germany. It might not be surprising if blockchain-friendly jurisdictions like Malta and Switzerland start to incorporate real estate tokens in their mainstream real estate transactions sooner than later.

The unifying process with the traditional value and technology with modern advantages has always been considered to be the holy grail of any business. Real estate tokenization is bound to bring together the evergreen investment arena of real estate and the advantage of modern technology like blockchain. The attributes like security, immutability, and automation are kept intact.

If you want to be a harbinger in this field, all you need to do is approach a blockchain development company specializing in real estate tokenization. They will take care to understand your requirements and present you with a perfect solution.

How much Liability Insurance Should I Carry For Rental Property?

Property Clearance from a Deceased Estate

How to Stand Out from the Pack When Selling Your House

Cash Sale for House: A Guide for Beginners