How Much Difficult Is It to Acquire a Ham Radio License? 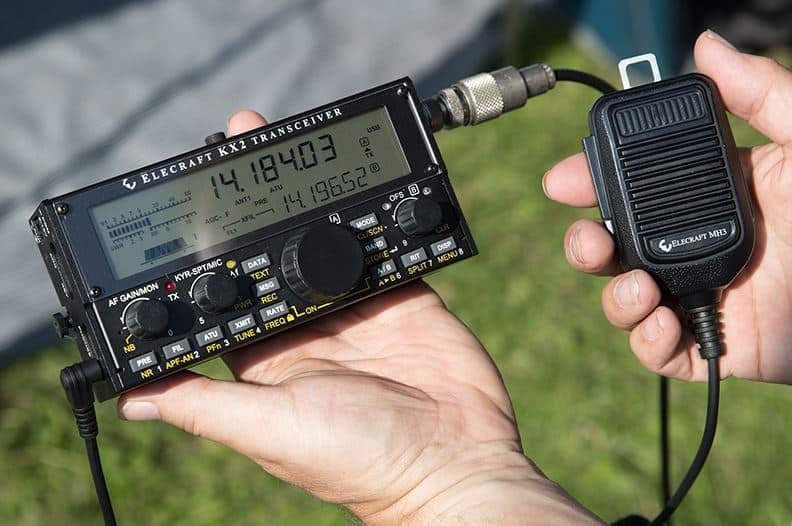 Ham radio actually helps people to communicate with ease. Ham radio is also known as amateur radio and it helps people in communicating locally and internationally. What makes it different is that it removes the need for cellular phones or the internet to do so. The ham radio uses the specific allocated frequencies to send and receive these messages easily.

The modern world has shown progress in almost all sectors and industries, and this is why the global telecommunication department has also become more influenced by new innovative concepts. More effective tools and practices have ensured that communication is more feasible and accessible. However, the infrastructure that runs these systems is quite complicated, but Ham radios, on the other hand, are a quite simpler alternative for these communication tools.

Many people think that ham radios have lost their significance because of the dominance of the mobile and internet industry but little do they know that there are over 3 million registered ham operators in the world. This shows that the concept is still thriving among the consumers and that it has an incredibly strong and supportive user community.

Ham radios are of incredible significance in times of emergency, as internet and cellular service are usually disabled or interrupted at such times. Therefore, being a ham operator can be a big relief for you in desperate times. Nonetheless, ham radios can also be used for recreational purposes. It makes communicating and socializing easier with people from all over the world. Ham radio sports contests are also a popular event among consumers.

The significance of the Ham Radio license

For starters, an individual needs to get a license for ham radio to become a part of the ham radio community. Many people undermine the importance of this step as they believe that no one checks licenses. Whereas it might be true in some cases but it is still preferable that an individual acquires the license to get a complete and thorough knowledge of ham radio. There are a lot of details and features to understand, and only practicing can help people in mastering the skill. A license is essential for users to start practicing in time.

Ham radios normally make use of airwaves to send and receive messages. These airways are also used by police radios, airplanes, and other emergency departments. However, considering that they can be misused and interfered with, these airwaves should be regulated. This way these airwaves will be used more efficiently for emergencies. The ham radio licensing body has also opened up licensing for those users who use ham radio as a hobby and a recreational activity. These users can be of immense help as backup support during emergencies. As these users acquire their licenses, they become certified experts in the field, and therefore, they can provide a supporting hand when needed. The licensing body also provides extra frequencies for registered operators to function.

How to get a Ham Radio license?

If you wish to become a ham operator, you have to pass an exam about the rules and regulations, technical aspects, and standard procedures of operating a ham radio. There are three different types of amateur radio licenses – Technician, General, and Amateur Extra. For beginners, they should start from the technician license, and they can upgrade it to the other two categories later. The transmit frequency privileges differ for these three categories.

Technician license gives you a margin of talking locally within the city. The General license enables people to access worldwide communications, and they can also get in touch with the emergency crew. Lastly, the Amateur Extra license is the most advanced and also the most difficult ham radio license to apply for. This license gives users access to all operating privileges. All of these license exams should be passed with a 74% score at least.

On the exam date, you are also expected to bring some important documents with you. These include any type of Legal ID along with a recent photo of yours. The licensing body provides a list of documents, and users only have to bring one or two from the available ones. The test is not that hard if not easy, and users can practice for it in any way they prefer. They can opt for classroom training or self-guided training. They can also use practice test sites to get familiar with the format of the paper and the nature of the questions. If you tick all the boxes of adequate preparation, the ham radio test will be an easy walk for you.

What You Must Know When Selecting Business Mobile Phone