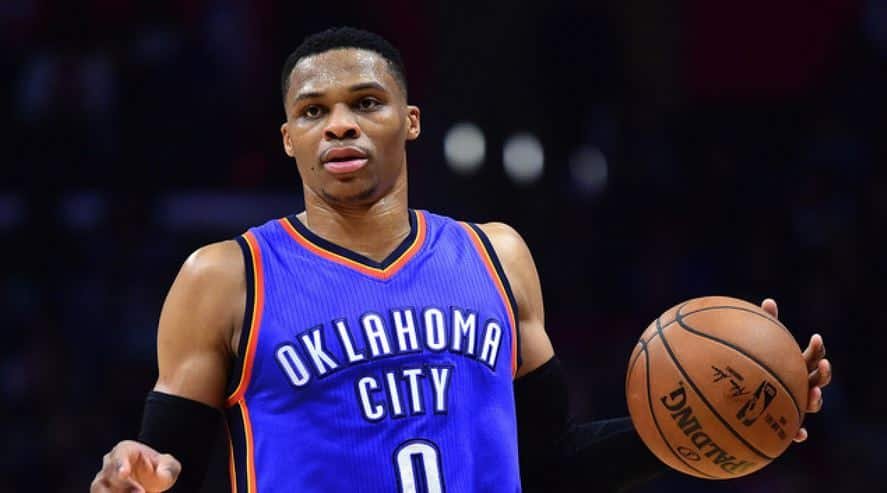 The NBA is one of the most popular sporting leagues in the world, so it’s no surprise that its athletes are paid enormous sums of money each year. In fact, NBA players are some of the highest paid athletes in the world across all sports.

It takes an extraordinary amount of skill and dedication to make it to the NBA, the pinnacle of the basketball world. Even then, being drafted into the NBA does not guarantee vast wealth and success; some of those new players do not even play beyond their rookie season, and some never become starters for their team.

For those, however, who prove themselves at this highest level, the average salary is roughly $7.5m, a figure that has steadily risen over the years. So, the average NBA player could earn tens of millions of dollars over the course of their playing career.

Those at the highest end of the payscale earn more than $40m per year. Golden State Warriors point guard Stephen Curry is the highest paid player in the league thanks to a five-year, $201.2 million contract he signed in 2017.

Given the current form he’s in, it’s not difficult to see why he’s valued so highly. The latest NBA odds have the Warriors as one of the favourites for this year’s title, in large part because of the blistering start Curry has made to the 2021-22 season.

With so much money being thrown at them, a lot of NBA players live lives of considerable luxury. Take Curry, for example, who owns multiple homes across the US.

In 2008 he bought a £1.25m mansion in his home state of North Carolina, using it as a home to relax and unwind during the offseason, choosing to rent out a penthouse while playing.

He purchased a California property worth more than double his first one in 2013, but then upgraded to a $5.775m estate when he signed for the Warriors. Aside from that, he enjoys many of the other trappings of wealth; fancy cars, nice clothes, exotic vacations.

Curry has also crossed over from the sporting world into popular culture, appearing in commercials, being invited onto late night talk shows and befriending the likes of former US President Barack Obama and rapper/actor Ludacris.

Then there is LeBron James, the only active NBA player to have career earnings of over $1bn, most of which has come from his many endorsements and sponsorships with the likes of Nike.

James owns a fleet of supercars, from Ferraris to Lamborghinis, but also has an impressive real estate portfolio with luxury mansions in places like Los Angeles and Ohio. He has reportedly spent over $100m on these various properties.

Like Curry, James is also a celebrity figure and has become a household name. He recently starred in the sequel to Space Jam and regularly rubs shoulders with stars from Hollywood and the music industry.

Dwayne Wade is another NBA star who became known for his lavish lifestyle. Now married to actress Gabrielle Union, the pair reside in a multi-million dollar beach house in Miami which spans over 13,000 square feet.

The 13-time All Star is a notorious petrolhead and has one of the most impressive personal collections of cars in the world. In fact, his collection is so flashy that there are numerous YouTube channels dedicated to it.

Not all NBA players will be able to afford the bombastic lifestyles of the likes of Curry and James, however many of them are still multi-millionaires and can enjoy the finer things in life, while also setting their families up for generations to come.

There’s also no getting around the fact that all NBA players’ lives are somewhat hectic. They have to focus on training as well as performing when it comes to game time, plus many of them will have media obligations and commitments to sponsors.

First and foremost, an NBA athlete has to ensure their lifestyle helps them perform at their absolute best when on the court. Outside of that, they are paid more than enough to live in enormous houses and surround themselves with luxury.

Some collect supercars, others build long-lasting real estate portfolios and almost all of them live extravagant lifestyles, making the most of the considerable sums they earn while playing in one of the most competitive leagues in all of sport.

How to Make Your Home Smarter In 2021 and beyond?