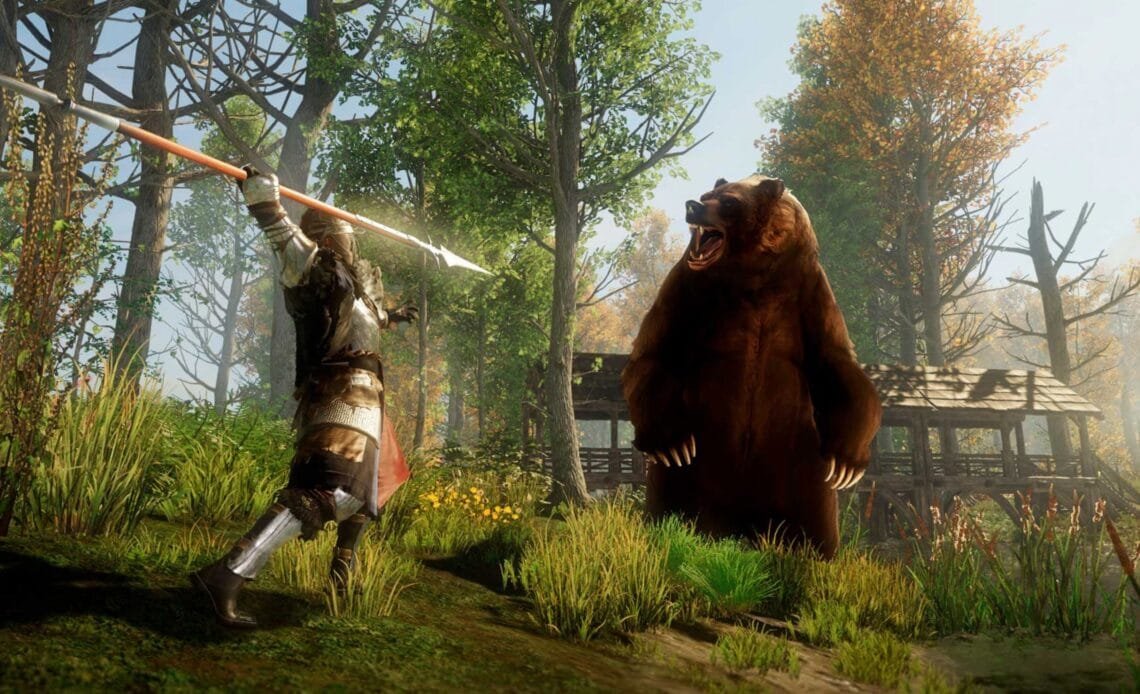 New World has been introduced recently, an MMO from Amazon Games. It is a massive game, with a unique and advanced crafting system, and endless expeditions and opportunities to fight.

This game is filled with adventures and dangers, the expedition begins with a shipwreck on a supernatural island of Aeternum, with no supplies. You as a 17th-century explorer need to carve your destiny fighting with supernatural powers and monsters. You will experience real-time combat and endless opportunities to fight in the island’s wilderness, fighting alone or with a few allies or with huge armies- the choice is yours.

You can begin your adventure in any of the starting locations of the game, and those will be First Light, Monarch’s Bluff and WIndsward. The best region to start with in the New World is most likely Windsward. It is because being located in the center with abundant resources and chances to complete your quest  and level up your game is higher in this region than elsewhere.

A location like Everfall gives high-level quests to kill and this may not be an easy quest to complete. If you want more resources and easy quests then you might want to head towards First Light which is around the main town.

Then there are six dungeon events in the game. These are expeditions that you must get to as soon as possible. The first event is available at level 24, named as the Armine expedition.

Tips on crafting in New World

In the beginning of the game, you can craft random armors, but soon you are able to craft more powerful gears and other items, and interestingly you can also make hefty cash by selling them.

With crafting you have numerous different skills to do different things, like smelting, logging, weaving, mining and weaving. You can either work on one skill or on all but gradually.

Tips on combating in New World

There is no concept of class system in New World game, that means, you are not bound to becoming any supporting character or forced to play in a certain way but you need to create a build or specialize in creating one.

In the beginning, the build you work on should be used in something that helps you in completing the missions quickly and when your expedition begins later in the game, you are able to perform strongly.

You can unlock different weapons through different skill trees, such as the Life Staff, which is a classic weapon with heals, then there is a versatile weapon called the Hatchet with skill of speed, sustainability, and damage. Your power increases with weapon masteries.

In the build you create, you can use two weapons, a primary and a secondary. You have to balance between the two weapons when creating a build, which can be a lot of fun. You can also boost a specific mastery skill by gathering gems imbued in the game.

New world mods by lavicheats provide you with all enemy locations and remove restrictions in the game allowing access to the areas on the map.

Tips on factions and territory system

Choosing the right faction is very important in the game. There are three factions in the New World: The Covenant, The Syndicate, and the Marauders. Each faction consists of different cosmetic sets. You have the option to join any faction at the start of the game.

These factions control many parts of the territory, with it you can increase taxes, and win battles against the smaller factions. The tip is to join the dominant faction on the server.

Each faction fights overland and once it is captured, the victorious faction can increase tax, set rewards, and can choose different projects to complete. The dominant faction can also claim many towns and forts.

Some quick tips for a great start are to use water in an inventory slot for consumable health; purchase a house in the beginning because it is fifty percent off; use light armor for better PVP builds because heavier armor makes your dodging difficult.