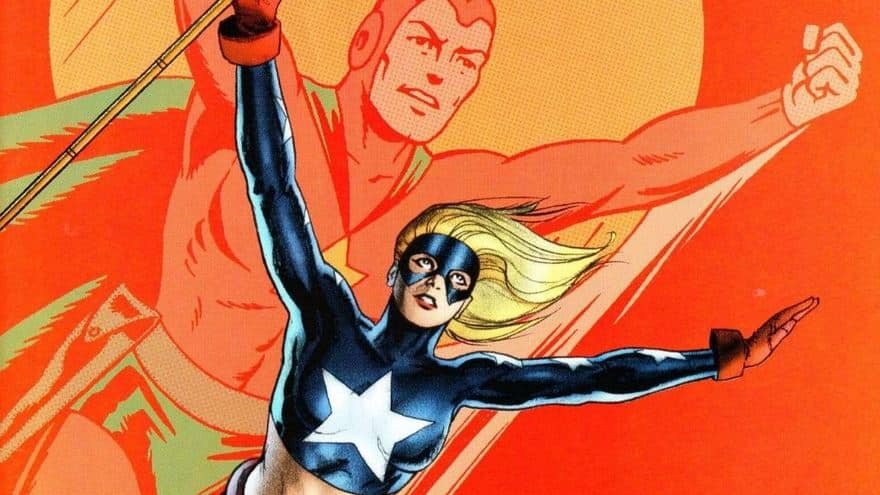 Stargirl is now airing on the CW and various streaming services. With the new show, the comic has become more popular. Below is a list of some of Stargirl’s comic book appearances over the years.

Courtney Whitmore (Stargirl’s real identity) was first created by Geoff Johns, James Johnson, and Lee Moder. This first issue came out in1999. In her first appearance, she was not yet a superhero– just an average teenager.

Courtney Whitmore gained her powers soon after in the Stars and S.T.R.I.P.E. #1, which came out later in 1999. However, when this comic came out, she went by the name “Star-Spangled Kid.” She is sometimes also known as the Star-Spangled Kid II, as her superhero gear (costume and staff) belonged to the original Star-Spangled Kid, who later changed his name to Starman.

The Justice Society of America is one of DC’s most famous superhero groups. For Marvel fans, they are similar to the X-Men or the Avengers. Courtney Whitmore began appearing in this series as soon as it came out, in late 1999. This helped to introduce her character to big-name heros, like the Green Lantern. Following this, Courtney Whitmore continued to appear in JSA and JSA series spinoffs for years afterward.

It wasn’t until the JSA All Stars series started that Courtney Whitmore finally began using Stargirl as her superhero alias. During this time, she also begins to work with the Justice Society of America. This group contains some other big names in the DC Universe, which helped Stargirl’s character gain more recognition. Believe it or not, this series didn’t have Courtney Whitmore in it until 2004, which means that she was the Star-Spangled Kid for the first five years of her comic book series appearances. Make sure to read up in the JSA All Stars series to learn more about why she changed her name.

This is the most recent issue that Stargirl has been featured in, according to DC’s official comic guide. Believe it or not, this comic came out in October 2011, so it’s now been officially over a decade since Stargirl has appeared in any comic. Why? Well, you’ll just have to read this issue for yourself to find out!

Courtney Whitmore, whether as the Star-Spangled Kid or Stargirl, was a staple character in the DC universe for about twenty years. Now, she is finally making her appearance on television. Make sure to check out new episodes on the CW.

Why it's essential to fix up the kitchen

How To Own a Fully Electric Car

What Should You Look For in a Wrongful Death Lawyer Explained