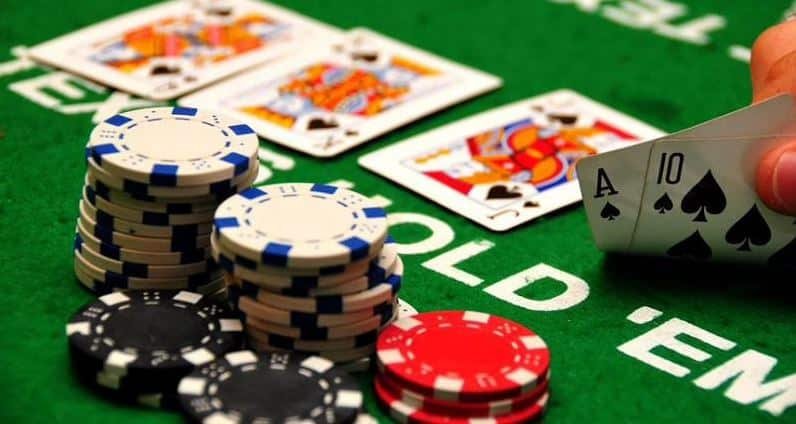 Living from Poker as a College Student. Poker’s origin is the subject of some debate. However, hardly anyone can argue against the fact that it is pretty much the most popular card game in gambling circles. Even though it requires skill, it still gets featured at top-end casinos that boast dedicated card rooms from which they accept a rake.

Poker’s rise to mainstream prominence gets tied with amateur player Chris Moneymaker winning the game’s most coveted tournament, the World Series of Poker, in 2003. That occurrence enlightened the public that the most prestigious annual competition features a format where anyone can qualify for premium events from home. That info led to the poker boom of the early-2000s when online revenues jumped from $365 million in 2003 to $2.6 billion in 2006.

During this period, multiple studies popped up, documenting the proliferation of poker amongst American college students. Stats showed that some players from this group spent up to ten hours a day engaged in this craze, causing them to fall behind in their classes. In one Canadian survey, which included 2,139 full-time undergraduates, 19.5% stated that they had played poker multiple times the year before. Thus, the trend of academically-minded people turning to this hobby was/is not limited to the US only.

According to College Data, in 2021, the average tuition, including the extra fees, came to $38,000 for private institutions and $10,700 for public ones. Hence, it is clear why many students are looking to online poker as a source of extra income to pay for their higher education.

Can You Win Consistently at Poker

If anyone spends a few minutes searching Google for success stories regarding college students making money by playing poker, dozens of articles and interviews come up. The legitimacy of all of these remains somewhat doubtful. Consequently, the reality of this game is that if someone gets very good at it, that person has a decent shot of consistently pulling off wins. That said, even top-level players see a 60 to 40 split between winning and losing days because the luck of the draw still plays a significant part in outcomes, regardless of accumulated knowledge and skill. Plus, other players may also have the latter in abundance.

How Much Can You Make?

Though some gambling outlets may suggest that earning up to $100 per day is a potential figure for most low-stake players, that is not entirely accurate. Participants in NL2, NL5, and NL10-level games, who can win with a decent rate of regularity, can expect to earn somewhere in the range of $100 to $500 per month. If they bump up their gameplay to higher stake tables (NL25, NL50, and NL100), they can expect to earn up to $2,000 a month if lady luck is on their side. Of course, that also incurs higher risk.

What Is a Better Option, Playing Live or Online?

There is a perception that online poker has gotten harder over the years. That is only true because the player pool has gotten better, and the fact that most internet card enthusiasts choose to play far more hands than their live counterparts.

In general, playing from a computer is the preferable option for hobbyists. That is so because it saves time and provides bonuses such as Rakeback and casino-style ones. Moreover, the stakes are usually lower in digital rooms, making them more appealing to college students who do not have much to risk and are short on time.

Which Game Is Best?

There are multiple poker variations out there. Nevertheless, most sites and venues focus on Omaha, 7-Card Stud, 5-Card Draw, and Texas Holdem. Naturally, Holdem is the most popular and accessible of these. That is due to its relatively simple ruleset, with no complex card combinations like those in games like Omaha Hi-HI. Today, many believe that the Short-Deck Holdem variant, also known as Six Plus, is the best poker option out there, the one with the best profit opportunities.

How to Practice Proper Bankroll Management

Like any gambling, it is paramount that everyone keeps a cool head when betting on poker, never chase losses, and budget their sessions wisely. Moreover, it is essential to understand variance. In short, a higher one translates into better short-term gains and losses compared to long-term results.

Because online games get played faster, that boosts their variance. So, bankroll management has to get approached differently. In other words, they require a more sizeable bankroll.

Are You Better Off Finding Another Side-Gig?

Gambling involves betting on uncertain events, and that carries risk. Furthermore, poker can be very time-consuming, and the time-invested vs. payout ratio may not be worth it in the long haul. Freelance writing, software testing, Amazon arbitrage, and other online jobs should provide a steadier and significant income stream than poker.

Shelly Schiff has been working in the gambling industry since 2009, mainly on the digital side of things, employed by OUSC. However, over her eleven-year career, Shelly has provided content for many other top interactive gaming websites. She knows all there is to know about slots and has in-depth knowledge of the most popular table games. Her golden retriever Garry occupies most of her leisure time. Though, when she can, she loves reading Jim Thompson-like crime novels.