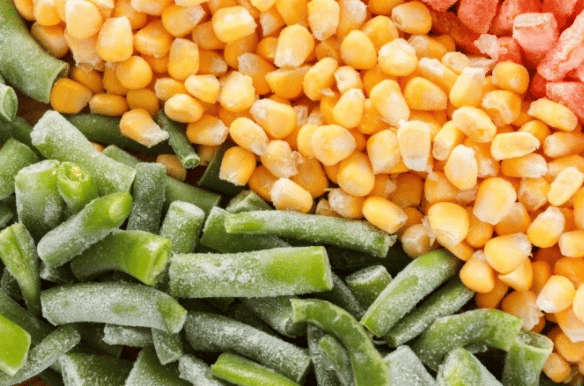 Freezing food on the use-by date poses little risk compared to freezing food the day before the use-by date. This information was recently released by the Food Standards Agency (FSA) which conducted a review on this very subject. The purpose of the review was to determine if there was an increased risk in freezing ready-to-eat (RTE) and non-ready-to-eat foods on the use-by date compared to freezing the same foods on the day before the use-by date. The review concentrated on the topic of the shelf life of food and what freezing, thawing, and refrigerating do to pathogens. The pathogens monitored in this review included Bacillus spp., Campylobacter, Clostridium botulinum, Clostridium perfringens, Listeria monocytogenes, Salmonella, pathogenic E. coli, and Shigella.

More On The FSA

The Food Standards Agency was established in April 2000 in response to several high-profile outbreaks and deaths from foodborne illnesses. It is a non-ministerial government department of the United Kingdom federal government. The role of the FSA is to “protect public health in relation to food in England, Wales, and Northern Ireland.” The agency is based out of London, England, and has offices in other parts of the UK.

The Government of the United Kingdom felt that putting all the responsibility of food safety and the health of the farming and food processing industries on the Ministry of Agriculture, Fisheries, and Food was a heavy workload.  Therefore, the Food Standards Agency was formed and given oversight of food safety.  The Wine Standards Board merged with the FSA in 2006, and the Meat Hygiene Service merged with the FSA in 2010. One initiative of the FSA was a push for stiffer regulations governing television advertising of foods high in salt, sugar, and fats to children. The guidelines set by the agency went into effect in 2007.

The review of frozen foods covered a timeframe of 24 hours and considered the risk level from consumer freezing, thawing, and then the refrigeration of foods to store them before use.  The results indicated that there is a possibility of some pathogen growth during refrigeration.  However, cooking at correct temperatures for non-RTE foods eliminated some pathogens if the food was cooked following defrosting.  The data recorded revealed little difference between freezing food on the use-by date as opposed to freezing food on the previous day.

Safety margins with shelf life are recommended in Canada, New Zealand, and Ireland but there is no legal requirement in the United Kingdom to do the same. According to HACCP guidance, food businesses have been responsible for establishing the shelf life of foods.  Thawing should be carried out in one of three recommended methods.  These include using cold water, a microwave oven, or a refrigerator. These options are considered safer than thawing at room temperature.  In addition, food should be refrigerated or cooked immediately after defrosting.  The FSA report further indicates that pathogen growth is determined by the type of food, how it is handled, cooked, and stored all of which are factors affecting the risk of illness.

A Closer Look at Pathogen Activity

Here are details on the FSA review related to the specific pathogens examined.

Spores from this pathogen are heat resistant. They did grow at refrigeration temperatures, but slowly. The FSA determined that because of the slow growth rate, there is not much risk of illness over 24 hours.

These spores are also resistant to heat but displayed limited growth and toxin production when frozen, thawed, and stored at a temperature of 8C (46.4F) for 24 hours. As for defrosting, then refrigerating, there is not much data available.

The risk of contracting listeriosis from RTE foods frozen on their use-by date showed little difference to those frozen the day before. However, there is evidence that refrigeration, freezing, and defrosting may have the potential to harm vulnerable individuals with a low dose of infection.

Not much information verifies the growth of this pathogen following freezing and thawing.

The FSA recently examined emerging technologies that may influence the UK food system and food safety for the next decade. The report, which was produced for the FSA by the University of Cambridge, reviewed food production and processing, new protein sources, synthetic biology, genomics applications, new packaging standards, and digital technologies. It revealed that the FSA must work to create quicker regulatory responses to prevent new technologies from compromising food safety and public health and avoid negatively affecting public confidence.  Identified risks to food safety include exposure to new production technologies, artificial farming environments, allergens, food fraud risk, and potential misuse of synthetic biology and genomic tools. The report pointed to indoor farming as offering better food safety, but risk increased with growing under artificial conditions. The need for further research of other protein sources is indicated. New risks include changes in consumer preferences for an increase of accessibility to raw and minimally processed foods, increased resistance at the microbial level to pesticides and antibiotics, and the effects of climate change. Finally, digital technologies are believed to improve food safety, and genome sequencing is thought to speed up contamination discovery.

The issue of shelf life has likely been resolved now that the FSA has reviewed what freezing, thawing, and refrigerating foods experience when the product packaging use-by date is used as a reference point. Pathogens that result in foodborne illnesses do not increase significantly if foods are frozen on the use-by date or the day before. This may be partly due to the food processors establishing a shelf life based on factoring in a cushion when establishing a date by which products must be used.  It also verifies that use-by dates are not necessarily an indication that food used close to or on that use-by date will be harmful to your health. The review took into account many different pathogens and the results were relatively close on all of them stating that the window of use of a food product does not close very much when the due day arrives. However, it is still probably a better idea to attempt to use food up long before the use-by date.

How long do edibles take to kick in on average?

A gift basket is perfect for any occasion