Reasons Why Edinburgh Is a Great Choice for International Students 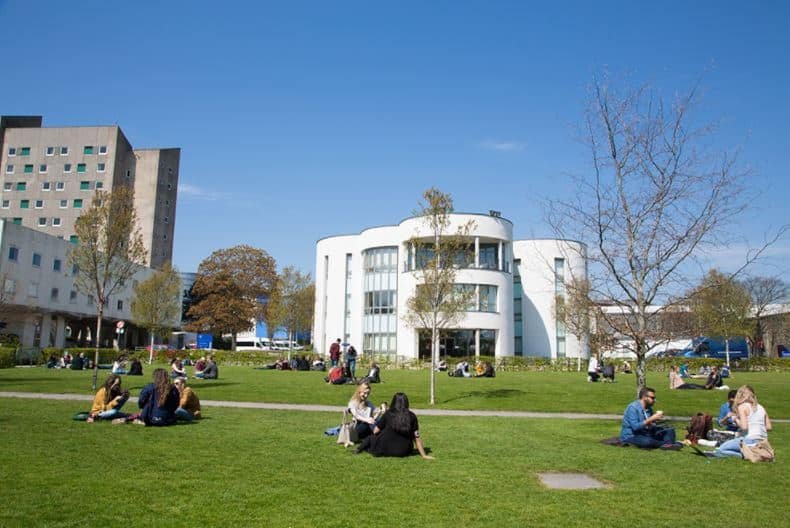 Edinburgh, Scotland, is a city full of history, culture and places of interest. With internationally renowned festivals, stunning architecture and a distinct identity, the city is a great place to be a student.

The city of Edinburgh itself is surprisingly small in size, so those who choose to study here will get the best of both worlds, enjoying vibrant city life without being overwhelmed by its size. This makes Edinburgh a popular destination for both domestic and international students.

Scotland’s capital has been rated one of the best student cities in the UK, second only to London. Edinburgh is also home to some of the most highly rated universities in the country, which is another draw for students from all over the world.

Settling in as an international student in a new country can feel overwhelming at first, but our guide is designed to help you get to grips with Edinburgh culture, the people, and places to go so you’ll feel at home in no time at all!

What’s it like to be a student in Edinburgh?

Scotland as a whole is known for its excellent education system, and the country has the highest concentration of universities in Europe.

There are several major universities within close proximity in Edinburgh, meaning the city has a real buzz all year round. Edinburgh attracts students from all over the world too, so you’re sure to meet lots of like-minded people during your stay!

No matter which university in Edinburgh you choose to study at, you can expect stunning architecture. Some of the buildings at the University of Edinburgh could be taken from a fairytale, and those studying at Heriot-Watt can enjoy a more modern setting for their studies.

Universities in Edinburgh are very similar to the rest of the United Kingdom, in that most subjects are assessment-based and focus on the depth of learning within a subject.

In contrast to English universities, however, Scottish courses are often four years long, with each year of study being weighted differently. The last two years of study count towards your final degree grade.

Many students take advantage of the sights the city has to offer during their first, or ‘freshers’ years, before knuckling down as their final year gets closer.

Navigating your studies may take some getting used to, to begin with, but often your university can provide support to help you settle in quickly.

Things to do in the city

When you aren’t studying hard, there’s plenty to see and do in Edinburgh to keep you entertained.

The city is a hugely popular international tourist destination, with visitors and locals alike frequently visiting the highlights. We’ve rounded up some unmissable spots to look out for during your time in Edinburgh.

For three weeks in August, Edinburgh’s annual Fringe Festival takes place. The city is taken over by artists, actors and comedians showcasing their work in a celebration of the arts. You can book tickets for shows to see household names, or look out for breakout stars testing their material.

Grab your walking boots and climb to the top of the main peak of this group of hills for fantastic views of Edinburgh city and beyond.

Although the origins of the name Arthur’s Seat is uncertain, local legend claims it is due to the connection between King Arthur and the city of Edinburgh.

The National Museum of Scotland

Learn more about your new city with a trip to the National Museum of Scotland. You can spend a day immersed in the culture and exploring the galleries, which hold everything from Scottish Royal history, to the history of Scottish fashion.

Making your way around a new city can seem a bit daunting, but luckily, due to the size of Edinburgh, you’ll learn to navigate your way quickly.

Most student haunts are within walking or cycling distance of the university campus, but if you need to travel further afield, here are our top tips:

Lothian buses run throughout Edinburgh. Take advantage of the night bus that runs every ten minutes from Waverley Steps too, perfect for after a night out!

Edinburgh has two major train stations, which are perfect for exploring the rest of Scotland and England.

Many Scottish train providers offer student discounts, so look out for those before booking your ticket.

Food and Drink in Edinburgh

Luckily for students, the city is jam-packed with cool bars and restaurants that are also student-friendly.

Hitting the local bar is a sure-fire way to find your feet, and make some new friends.

Edinburgh is a hotspot for foodies, and there are lots of places to choose from. For something extra special, head to George Street, where you can find a mix of independent restaurants, to exciting new cuisines. If you aren’t feeling that adventurous, there are also plenty of chain restaurants on this route, like Nando’s and Gusto.

If great nightlife is more your scene, you’re studying in the right place. Edinburgh can be popular with tourists at the weekends, so students tend to hit the town during the week. Most bars have specific deals for students, so keep an eye out!

Edinburgh is full of eclectic bars and clubs, with most located on Lothian Road, The Cowgate and George Street.

Edinburgh is a beautiful city that makes for an exciting and charming place to live. Once you’ve settled in, you’ll love calling this city home.

If you’re looking for student housing during your studies in Edinburgh, choose Novel Student. They offer stunning places to live, with a focus on health, wellbeing and happiness for residents. Enjoy their brilliant amenities, from free weekday grab and go breakfasts to unlimited coffee to fuel successful studies.